The Kentucky Wildcats won against the West Virginia Mountaineers in the semifinals of the midwest regional of the 2015 NCAA Tournament at Quicken Loans Arena in Cleveland on March 26, 2015.
Rick Osentoski—USA Today Sports/Reuters
Ideas
By David Berri
David Berri is a professor of economics at Southern Utah University. He is the lead author of The Wages of Wins and Stumbling on Wins and continues to serve on the editorial board of both Journal of Sports Economics and the International Journal of Sport Finance.

Should student-athletes be paid? Obviously the NCAA doesn’t think so. And polls indicate the majority of the public agrees with the NCAA. But let’s ask a different question: If the student athletes faced the same labor market we see in professional sports, how much would the athletes be paid?

According to data reported by the schools to the Department of Education, in 2013 to 2014, the last year data is available, the 30 richest men’s Division I basketball programs brought in more than $500 million in revenue combined. Despite these numbers, many schools claim that they do not generally make a profit on college sports, and argue that it is simply not possible to pay student athletes.

Recently Michael Leeds, a professor of economics at Temple University, and other sports economists cast doubt on this claim. As Leeds observed: “Schools quite often move around or spend money to basically get rid of excess revenue – what would be called profit in a profit-making corporation.”

Why does Calipari make more than the average NBA coach? This happens because as a non-profit, the University of Kentucky has an incentive to spend the revenue it takes in for basketball. This spending leads some to conclude that profits are either quite small or non-existent, and therefore, there is simply no money to actually start paying the student athletes a wage for their labors.

Let’s imagine, though, that the rules changed. Imagine a world in which Kentucky not only hired a professional coach, but it also treated its players like actual employees and paid those workers a market wage.

The NBA pays about 50% of league revenue to its players. If Kentucky followed that example, its players would receive about $11.8 million (assuming that Kentucky was still earning the $23.7 million reported for the 2013-2014 season). Prior to the NCAA tournament, Kentucky’s players had played 6,875 minutes and won 34 games. If Kentucky paid its players per-minutes played, then each minute the players appeared on the court would be worth $1,720. If Kentucky paid players according to their contribution of wins, then each win produced would be worth more than $300,000.

Let’s apply either approach to Kentucky forward Karl-Anthony Towns. Prior to the tournament, Towns had played 707 minutes and produced 6.1 wins (wins produced were calculated for college players in a fashion similar to what is used for NBA players). If Towns was paid for each minute played, he was worth about $1.2 million. And if he was paid for wins, he was worth more than $2 million. Both figures are far in excess of what Towns would have needed to receive in scholarship as an out-of-state resident at the University of Kentucky (the school estimated in 2012-2013 this cost to be $33,300).

Some have argued that if college athletes faced an open market, very few would be worth a scholarship. The data seems to tell a very different story. It appears most college players – if facing an open market – are worth more than what they are currently receiving from these schools. In fact – as I noted last November – even at small schools, we see players generating more revenue than they currently receive from the school.

Economists define exploitation as a worker generating more in revenue for his or her employer than he or she is paid in wages. By that definition, it appears most players you will be watching in the Final Four are clearly exploited. If the NCAA had to hire these workers on a free market, wages would be quite different.

And as economist Rod Fort noted, “the money is already there” to play the players more. All it requires is that the NCAA allow the same labor market we see in professional sports. 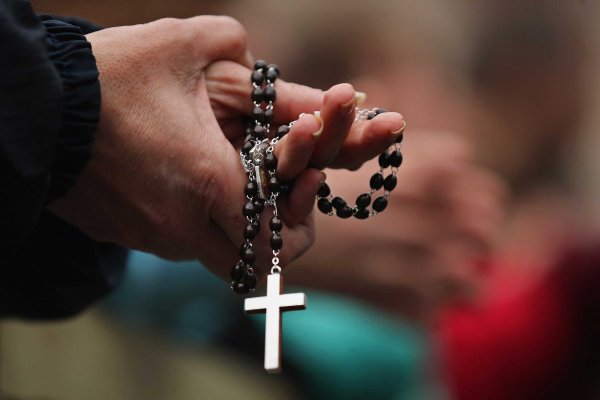 Good Friday and the Modern Version of Jesus's Cross
Next Up: Editor's Pick