BOCA RATON, Fla.—New Jersey Governor Chris Christie built his political brand around telling the tough truths—be they about teacher-­pension overruns, budget deficits or rebuilding hurricane-battered towns. And he is banking on that reputation to vault him from the statehouse to the White House. “We want folks as our nominee who are going to tell the truth,” he told a March gathering of top Republican Party donors at a waterside Boca Raton resort.

Yet just days after making his case in Florida, Christie was back at home dealing with a tough truth of his own. With his national poll numbers in the single digits, Christie’s presidential prospects have nearly collapsed, damaged by his staff’s role in the politically motivated closure of approach lanes to the George Washington Bridge, humbled by fiscal shortfalls in New Jersey and rattled by the rise of Jeb Bush’s campaign.

Instead of courting primary voters in Iowa diners or New Hampshire living rooms, Christie has spent much of the past months in New Jersey, working boroughs and townships like Kenilworth and Whippany to persuade state lawmakers to make another round of painful pension and benefit reforms. To make matters worse, indictments are still expected for a pair of former aides implicated in the bridge closures. Privately, Christie has confided in donors that running for President is harder than he thought, and he has pushed back an announcement until as late as June.

Christie’s competition, meanwhile, is racing ahead. After Texas Senator Ted Cruz tossed in his hat, Kentucky Senator Rand Paul is gearing up for an April 7 announcement in Louisville, with Florida Senator Marco Rubio set to follow on April 13 in Miami. The field will get even more crowded later in the spring.

But advisers say Christie’s time on the sidelines is more strategy than surrender. The only change is the scale of the campaign he will run. When New York financiers begged him to challenge Mitt Romney in 2012, Christie thought his support would come from the moneymen who flocked to Bush. Now allies think the path to victory lies in an outsider campaign, heavy on spontaneity and town halls. “When he gets out on the stump, what people will find is that he relates to the average person better than anyone else in this field. He communicates better than anyone else,” says Mike DuHaime, Christie’s top political strategist.

The unstated model is Arizona Senator John McCain’s successful 2008 bid, and the path will head straight through New Hampshire. After a July 2007 implosion, McCain jettisoned staff and baggage as donors fled. But his New Hampshire–centric effort, complete with 100 town halls, won him the nomination. On Thursday, Christie hired his second full-time staffer in the Granite State, Matt Moroney, the statewide field director for Walt Havenstein’s 2014 campaign for governor, and he plans at least two visits in April.

Christie aides highlight exit polling from the past three competitive New Hampshire primaries, in which about half of GOP voters said they had made up their minds in the final week. “This thing is a roller coaster,” says Phil Cox, who is running the pro-Christie ­super PAC America Leads, part of an effort to raise $30 million. “Every candidate will have their ups and downs, and you need to peak at the right time.”

There is reason for hope on that front. Christie is still drawing support from Bush and Scott Walker donors—just in smaller amounts. Michael Epstein, a Walker backer from Rockville, Md., says Christie impressed him at the Boca retreat. “He acquitted himself well,” Epstein told TIME. “But he needs to prove he can go the distance.”

At his 132nd town hall, in Whippany in March, Christie sounded like a man eager to break free of the trappings of his office. “You go to the dry cleaner’s or you go to the deli, like I go with two black Suburbans and three state troopers,” Christie quipped. “It’s so subtle.” To make his comeback, he won’t have a choice but to leave that bubble behind. 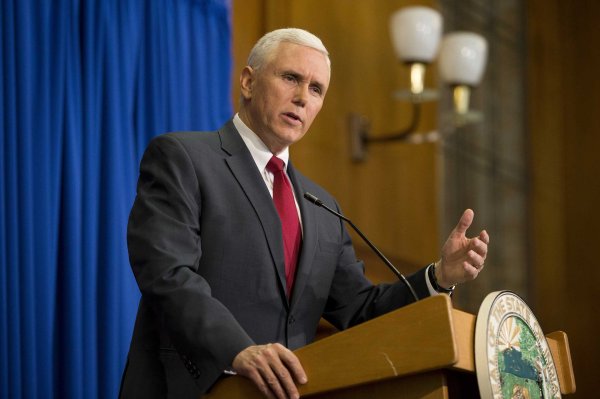