Microsoft Has a Clever Plan to Get You to Love Bing

Ask your iPhone’s Siri to search the web, and Microsoft’s search engine fetches the results. Ditto Amazon’s Kindle Fire. Up until last year, Facebook searches were powered by Bing. Or maybe you prefer Yahoo! search — again, that’s Bing humming under the hood. It’s the Rodney Dangerfield of search engines: It can’t get no respect, but it has an unexpected vitality. In fact, Bing powers nearly one-third of all the world’s searches, according to statistics gathered by web analytics firm comScore — meaning Google search isn’t as dominant as you might think.

This summer, Bing is poised to claim an even larger share of the search market, when 1.5 billion Windows users will have an opportunity to upgrade to Windows 10. The upgrade, which will be free to anyone running Windows version 7 and up, will embed Bing-powered search bars on millions of desktops and home screens. Microsoft hopes that the convenience of these searches may finally break users of the habit of typing “Google.com” for all of their search needs.

“We fundamentally believe that as search evolves, it will move well beyond the point where I launch a browser and type a query into a search box,” says Bing’s general manager Ryan Gavin.

In Windows 10, the search bar will be ever-present at the bottom of the screen. It won’t just search the web, but also personal information saved to the device or floating in the cloud. All of the results will be bundled into a single menu. That means anytime Windows 10 users search for a file, they’ll see Bing search results as well, a constant reminder that web searches are only a click away — or less. Windows 10 users will also be able to search via voice query thanks to Cortana, Microsoft’s digital assistant that listens to spoken commands and personalizes search results according to what the user is doing in that moment.

Cortana will spare the user from opening a separate window or launching a calculator app, and it will know that by “pi,” the user is not referring to a dessert. That may sound like a minor improvement, but Microsoft is wagering that a few less clicks can make all the difference in user adoption. When Cortana launched last year, spoken word searches increased ten-fold, according to Calcagno. “We do see behavior change, which is really exciting,” he says.

This fluidity opens a new terrain in the search wars. The standard keyword search has become a bit of a commodity. Run a side-by-side search of Google and Bing, and the results themselves are often indistinguishable. The next big battle in search, then, will involve subtly nudging users to information in seamless ways they might not expect — and in some cases, without users processing which search engine they’re even using.

For instance, searches will constantly run in the background of Microsoft’s new web browser for Windows 10. Type “weather” into the address bar, and the forecast will automatically appear beneath it, before you’ve hit “enter.” Visit a restaurant’s webpage, and a sliding side-panel will display the restaurant’s phone number, driving directions and reviews.

“It’s really about task completion at the end of the day,” says Gavin, “because we have this intelligence platform, because you can talk to your PC without having to wake it up or clicking on a face of the UI.”

But to intercept users on their way to Google, Microsoft will have to beef up its system of call and response. Early builds of Windows 10 show that Cortana does an admirable job with scripted searches for the weather or stocks, but tends to fumble on more open-ended questions, or as one PCWorld reviewer found, ignores commands entirely.

Then there’s the sheer inertia of Googling, a habit so ingrained that any alternative search can feel downright unnatural. When Peter Parker used Bing in 2012’s The Amazing Spider-Man, fans pounced on the scene as a brazen example of product placement. By the sequel, Spider-Man had switched back to Google. Maybe by the web-slinger’s next sequel, the search results will automatically come to Spider-Man, and neither he nor the audience will know where the results came from. 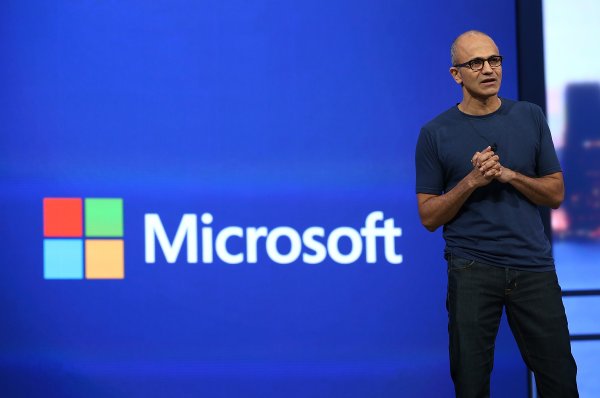 Here's Why Microsoft Is Giving Pirates the Next Windows for Free
Next Up: Editor's Pick