A McDonald's sign is seen outside one of its restaurants in Joliet, Illinois on March 26, 2015.
Jim Young—Reuters
By Tom Huddleston, Jr. / Fortune

While fast-food workers across the country plan protests over their wages later this month, employees at McDonald’s-owned restaurants can expect pay hikes starting this summer.

The fast-food giant will raise the average hourly rate for workers at the U.S. restaurants it owns to $9.90 from $9.01 starting July 1, while those wages will climb to $10 per hour by the end of 2016, The Wall Street Journal reported Wednesday. The company will also allow those employees to earn up to five days of paid vacation every year following one year of employment.

One catch is that the new wages will not apply to fast-food workers employed by McDonald’s franchisees, which run almost 90% of the company’s U.S. restaurants, WSJ reported. Franchise owners are able to set their own policies when it comes to wages. As it stands, roughly 90,000 McDonald’s workers will see a pay increase starting this summer.

U.S. fast-food workers are planning a one-day strike as part of a two-year campaign that seeks a $15 hourly wage as well as the right to unionize. Those protests are planned for April 15.

The wage hikes also come one month after Steve Easterbrook took over as McDonald’s CEO following the departure of Don Thompson. The company has dealt with worsening financial problems in recent years, thanks to declining sales and a loss of market share, all of which Fortune magazine detailed in an article last fall. 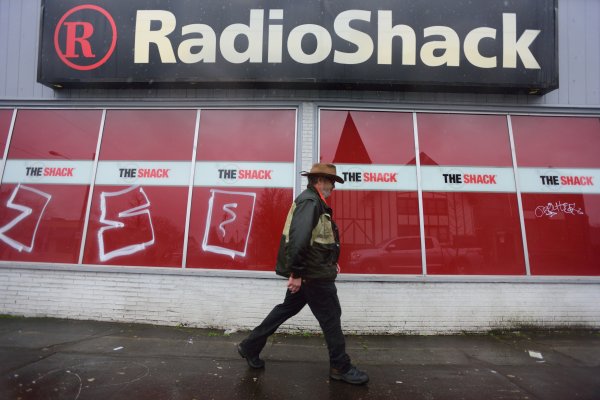 A Slimmed-Down RadioShack Exits Bankruptcy Court
Next Up: Editor's Pick