President Barack Obama holds a press conference during which he discussed Sony Pictures' decision not to release "The Interview" in wake of the alleged North Korean hacking scandal at The White House on December 19, 2014 in Washington, DC.
Leigh Vogel—WireImage
By Maya Rhodan

Under an executive order signed Wednesday, the Secretary of Treasury can freeze assets of those who engage in “malicious cyber-enabled activity” anywhere in the world so long as that activity is dangerous to the national security, foreign policy or economic stability of America.

The White House is not currently targeting anyone for cyber-related sanctions, but Administration officials said on a conference call they felt it was important to have the framework in place.

The sanctions come in the wake of several high-profile cyber-attacks including Target andJ.P. Morgan Chase as well as a hack of entertainment giant Sony that was blamed on North Korea.

Though the Sony hack led to the first U.S. government imposed sanctions related to a cyber attack, White House officials said Wednesday they have never before had the authority to punish individuals based on the activity, rather than the region or country responsible.

“What we’re trying to do is enable us to have a new way of both deterring [action] and imposing new costs against cyber actors wherever they may be,” said Michael Daniel, a special assistant to the President and cyber-security coordinator.

White House officials say the new sanctions are not meant to replace the existing tools that the Obama administration has put in place to confront cyber threats, but rather to “fill in the gaps.” Under the authority, officials would also be able to target businesses that use illegally obtained trade secrets or information to gain an unfair edge, and individuals and companies that give or attempt to give serious hackers a financial boost.

“We don’t want to just deter those with their fingers on the keyboard,” he said. 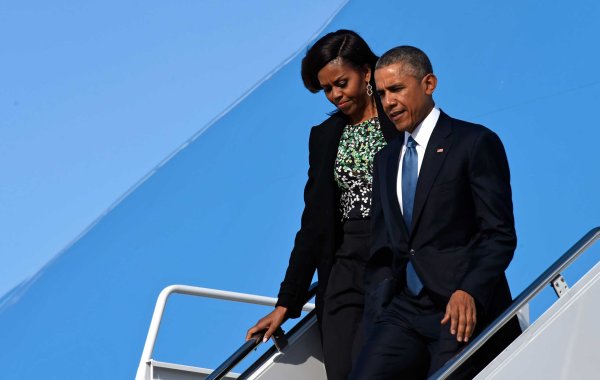 New Book Explores Role of Race for First Lady
Next Up: Editor's Pick