The Forgotten Link Between World War I and Women's Rights

Portrait of American delegates to the International Congress of Women aboard the Noordam, 1915.
Library of Congress / Getty Images
By History Today
History Today

More than 1,100 women from warring and neutral states gathered at The Hague in April 1915 for a special set of peace negotiations. They were not diplomats representing states and they were not present to press national demands. Most were unable even to vote in parliamentary elections in their own countries. They were feminists and pacifists and it was their commitment to these twin ideals that drew them together as conflict raged across Europe.

Their vision of a peace founded on gender equality, social justice and human rights did not bring the war to a close. Nor was it embraced by the male powerbrokers meeting in Paris in 1919 to conclude peace terms. Yet the Women’s Congress of 1915 is important because it reminds us that the First World War not only mobilized armies but nurtured alternative forms of politics, not least the politics of international cooperation and peace.

Who were the women at The Hague? They were mainly middle-class, well-traveled and experienced feminist activists, many with professional backgrounds and all advocates of women’s suffrage. They included the British lawyer Chrystal Macmillan, Aletta Jacobs, the pioneering Dutch physician, the Hungarian feminist Rosika Schwimmer and the trade unionist Lida Gustava Heymann of Germany. The US peace campaigner Jane Addams agreed to preside as chair of the Congress.

Many traveled to the Netherlands at personal cost, encountering hostility from the patriotic publics of the belligerent nations. In Britain, anti-war campaigners were placed under official surveillance. As a result, only 20 of the 180-strong British delegation were issued with passports and even they found it impossible to cross the North Sea due to military operations. The three British women who reached The Hague had either traveled some weeks earlier or went by a different route.

Taking a stand against the war was, furthermore, a difficult experience emotionally for many of the delegates. They found themselves in conflict with suffragist comrades who chose a different course, seeing the war as an opportunity to prove themselves loyal citizens and hence convince their respective governments to grant women the vote.

After four days of discussions and debates, the Congress agreed a set of 20 resolutions encompassing practical proposals for immediate negotiations to end the war, as well as fundamental principles for a permanent peace. Among the latter were the right of self-determination for all peoples; the creation of an international authority to arbitrate disputes and advance constructive cooperation between nations; and an end to ‘secret diplomacy’ conducted behind closed doors and without democratic accountability.

Women’s rights were central to this blueprint. All delegates wishing to attend were required from the outset to pledge their support for women’s suffrage, which the Congress organizers saw as inseparable from the objective of peace. A just world free of conflict, they argued, was impossible to achieve unless women were allowed to take their place alongside men as equal citizens. Enfranchisement, they claimed, would make peace more likely because of the role that women played as mothers in creating the life which war extinguished. Women, in the words of Jane Addams, ‘who have brought men into the world and nurtured them until they reach the age for fighting, must experience a peculiar revulsion when they see them destroyed, irrespective of the country in which these men may have been born’.

Despite the efforts of Addams and others to win support for their proposals after the Congress had closed, both women and their concerns were marginal to the negotiations in Paris in 1919, led by the victorious powers. Not one woman was appointed as a formal representative of her nation at the Peace Conference and while a small contingent of feminists traveled to Paris to lobby the official delegates, their demands fell on deaf ears. The US President, Woodrow Wilson, briefly raised the question of women’s political representation with his fellow plenipotentiaries, but few wished to see women’s rights recognized as a legitimate matter for international agreement. Where the Hague women saw peace and gender equality as fundamentally interlinked, the great powers in Paris were anxious to keep them separate, with women’s citizenship firmly under the control of national governments.

Given this failure, why is it worth remembering the 1915 Women’s Congress at The Hague? The history of seemingly lost causes can tell us a great deal about how power works and, in this case, why women remained peripheral to international politics and diplomacy for so much of the 20th century. Today, the United Nations Security Council passes resolutions about women’s inclusion in conflict resolution; governments host summits on rape as a weapon of war; and powerful non-governmental organizations ensure women are given a voice in debates about human rights, development and security. But history shows us that these achievements have been hard fought and won. They stand as testament to the efforts of generations of feminists who worked to make women’s rights an international, and not just a national, concern.

It would be too simplistic to draw a line of continuity between the Women’s Congress of 1915 and today’s policy debates. Much took place in the interim to reconfigure the global women’s rights agenda, from interwar Fascism and the Cold War to the fall of European empires and the rise of new superpowers at the century’s end. Nonetheless, at this moment when the legacy of the First World War is uppermost in the public mind, it is worth reflecting on how that conflict produced, through the voices of the women who gathered at The Hague, an analysis of the modern world in which gender equality, social justice and peace were intertwined. It is an analysis which endures a hundred years on.

Helen McCarthy is Senior Lecturer in History at Queen Mary University of London. 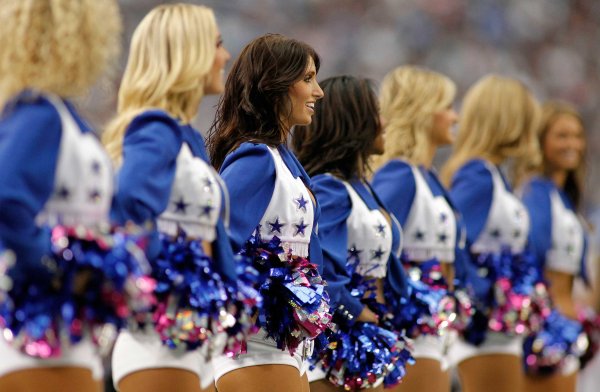 Pay Cheerleaders What They're Worth
Next Up: Editor's Pick