Jim Norton: Trevor Noah Isn't the Problem. You Are.

Ideas
By Jim Norton
Jim Norton is co-host of the Jim Norton and Sam Roberts Show weekday mornings on SiriusXM and co-host of UFC Unfiltered, the official podcast of the UFC

People say that Americans trends are transient, but the one activity we never seem to tire of is being outraged. Boy, do we love it! We simply can’t seem to get enough of that rush we feel when something offends us. It’s like the dopamine drip we get from that first drink or the first drag of a cigarette after getting off a cross-country flight. And what is our favorite thing to be outraged over? Well, it’s certainly nothing petty, like homelessness, or the fact that every single person we elect to public office is a manipulative, groveling, poll-obsessed liar. Nope. We’re not stupid enough to waste our energy on such nonsense. We save our collective outrage for the really important stuff, like things comedians say.

Which brings us, of course, to Trevor Noah, our guest star on this week’s edition of Manufactured Outrage. When Comedy Central named Trevor as Jon Stewart’s successor, our trusty, tireless brigade of social-justice warriors immediately went to work digging through his tweets and stand-up to find something, anything to be upset about. Much to their relief, Trevor didn’t disappoint. Being a working comedian, he’d made plenty of jokes over the years that a susceptible person could pick up, blow the dust off and aim at themselves to achieve martyrdom.

Trevor, while tweeting things with the intention of being funny, had gone … yes, you guessed it – over the line! (Click here for dramatic organ music.) In his rush to be funny, he had broken what has become the new golden rule in American public life, which is to never say anything (or, God forbid, joke about anything) that may be deemed even remotely offensive or upsetting by any segment of the population for any reason. Trevor forgot that in the new millennium, there is a seemingly endless checklist of subject matter that has been deemed inappropriate to address with humor. And by no means is that checklist final; it’s constantly changing and morphing and contradicting itself without warning.

He also neglected to take into account that Western culture as a whole has become an increasingly reactionary mob of self-centered narcissists who all have their own personal lines drawn in the sand. A comedian is fine unless he crosses their particular line, which, of course, in the mind of a self-centered narcissist, is the only line that matters.

Being outraged and upset and feeling bullied or offended are not only things we enjoy, they’re also things we have become thoroughly addicted to. When we can’t purposefully get our feelings hurt by a comedian, we usually find another, albeit less satisfying, source of indignation. A few of the old stand-byes are sports announcers, radio hosts, Twittering athletes and paparazzi-hating actors. These are always great sources to look to when we need to purposefully upset ourselves. And make no mistake about it: Upsetting ourselves on purpose is exactly what we are doing. At least that’s what I hope we are doing. Because the other alternative is that Americans have collectively become the most hypersensitive group of whining milksops ever assembled under one flag. I find this second choice to be particularly humiliating, so I opt for the first. I choose to believe that we are addicted to the rush of being offended, the idea of it, rather than believing we have become a nation of emasculated children whose only defense against an abyss of emotional agony is a trigger warning.

The image people have of comedians staring defiantly over a stationary line of good taste is simply inaccurate. We don’t approach this line, put our toes over it arrogantly and then scamper back to safety. The line doesn’t exist. The correct image for people to have is one of a circle, with a comedian standing in the middle of it, surrounded by a myriad of races, religions, social beliefs, sacred cows and political ideologies. And in these groups are endless numbers of sub groups and personal boundaries. There is simply no way to consistently do the type of comedy that addresses these things without upsetting somebody. No matter which direction you turn to aim the joke, someone is getting hit. And while the person who has been hit jumps up and down and exaggerates their injuries, everyone else in the circle is telling them to shut up and learn to take a joke. Until they themselves get hit.

Trevor Noah is a great, relevant young comic, and Comedy Central is smart to stand by him. I read the tweets he was “under fire” for, and some were funny, some weren’t. The thread that connected them all for me is the embarrassment I feel for anyone claiming to be offended by them. They weren’t vicious or written to be harmful. And everyone reading them knows that. But knowing his tweets weren’t intended to be harmful isn’t important when people who list ‘victim’ as their occupation smell blood in the water. Because their outrage is a lie and their motives are transparent. They are simply using his tweets to get their dopamine drip. 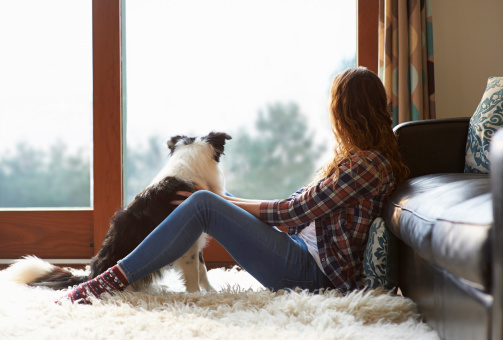 What It Actually Feels Like to Be 23 and Living at Home
Next Up: Editor's Pick