The Writing's on the Wall for Christians

Organizers fire up a crowd of demonstrators gathered to protest a controversial religious freedom bill recently signed by Governor Mike Pence, in Indianapolis March 28, 2015.
Nate Chute—Reuters
Ideas
By Rod Dreher
Rod Dreher is a senior editor and blogger at The American Conservative and author of the forthcoming "How Dante Can Change Your Life" (Regan Arts), to be published April 14.

The current fight over Indiana is a real handwriting-on-the-wall moment for orthodox Christians and other religious conservatives, who now understand that the Left’s culture warriors, having won the gay-rights conflict decisively, are determined to shoot the prisoners.

The reason Indiana is so shocking to those who oppose same-sex marriage — still 33% of the country, according to last month’s NBC News/Wall Street Journal poll — is because of the modesty of the Hoosier statute.

The law does not guarantee a “license to discriminate” against gays and lesbians, a phrase that has been widely disseminated. Rather, it simply raises the bar for proving illegal discrimination in religion-related disputes a bit higher. All it does is grant believers the chance to make their case. It does not mean that they will prevail.

What is so alarming about the opposition’s moral panic over the law is its inability to accept that there could possibly be a legitimate religious defense of discrimination at all. To progressives, we are all Bull Connors.

I understand that most liberals view homosexuality as entirely analogous to race. Abrahamic religion does not see it that way. Sexual expression has moral meaning that race does not. You don’t have to agree with Orthodox Jews, Muslims, and traditional Christians, but this goes down to the foundational beliefs of our religions.

We may be wrong. But the Constitution gives us the right to be wrong. It is a right so precious it was guaranteed in the First Amendment, alongside free speech.

Liberals seem ignorant of how plaintiffs with whom they would normally sympathize benefit from state religious freedom laws. In 2008, the ACLU filed suit against a Texas public school district to force it to accommodate Adriel Arocha, a Native American child who wore his hair long as a religious statement — this, despite the school’s conservative grooming policy. In 2010, a federal appeals court settled the case in Arocha’s favor, citing the Texas Religious Freedom Restoration Act in its ruling.

The very impetus for the federal Religious Freedom Restoration Act of 1993, which was passed with enormous bipartisan support, was a case involving a tiny Native American sect of peyote users. The RFRA’s overwhelming backing came not because members of Congress favor drug use, but because they — and religious leaders both liberal and conservative — recognized that religious liberty means standing up for unpopular religious expression within constitutionally appropriate bounds. The peyote-users showed that the drug was key to their well-established religious practice, and that there was no compelling government interest in violating that practice. They were right. So are the Hoosier Christians who, in theory, would decline to bake a cake for a gay wedding.

That’s the other thing about the Indiana freakout: Where, exactly, are the many examples of businesses discriminating against same-sex patrons? If Indiana in 2015 were like Mississippi in 1956, that would be one thing. But the number of cases nationwide where this has happened has been small, involving rare instances in which a commercial service is arguably a form of coerced expression.

America has changed on homosexuality — for the better, in most cases. Refusing to serve gay customers is bad for business, which is why almost nobody does it. It is understandably offensive to gay couples to have, say, a baker refuse on religious grounds to make their wedding cake. But in today’s America, there are many more bakers who would love their business. Besides, a country in which gay rights is enjoying landslide approval is a country that can afford to give a modicum of protection — a day in court — to religious dissenters from popular sentiment.

But it’s an open question as to whether the country can afford the scorched-earth policy of the Left’s culture warriors. Is it really the case that 33% of the American people are Jim Crow bigots because of their sincerely held principles — principles that were nearly universal only a generation ago? As a practical matter, is it really necessary for the new majority, which has decisively won the culture, to drive religious dissenters out of the public square as pariahs?

Believe it or not, many of us orthodox Christians are grateful to live in a country where gays and lesbians are freer. But the illiberal liberalism on display in Indiana is absolutely chilling to us. And we know how vulnerable that leaves us and our institutions going forward.

This fear is real, it’s substantive, and it will have destructive consequences for the common good. An America where the majority casts aside religious liberty, and treats orthodox Christians as outcasts as gays were once wrongly treated, is an America in which it is hard to have faith.

It doesn’t have to be this way, but when the old-fashioned liberal virtues of compromise and tolerance for each other in our failings are construed by progressive Puritans as vice, it’s hard to have faith in a common American future.

Rod Dreher is a senior editor and blogger at The American Conservative and author of the forthcoming “How Dante Can Change Your Life” (Regan Arts), to be published April 14. 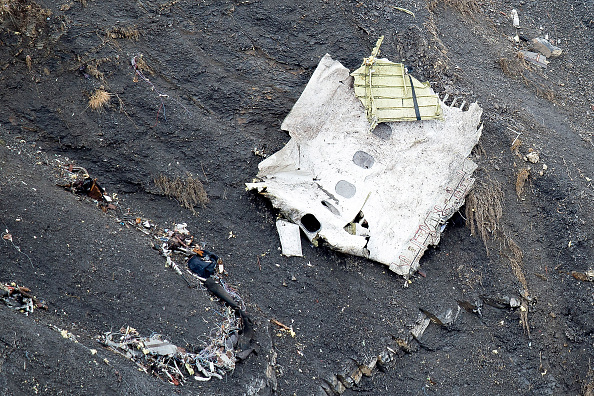 Five Best Ideas of the Day: April 1
Next Up: Editor's Pick