For one thing, you know in advance that the day is going to involve one damn prank after another, eliminating the surprise element that makes good April Fools’ Day pranks entertaining. (You’re only going to be fooled by these hoaxes if you’re … well, a fool.) For another, no other day of the year features so many painfully mirthless attempts at humor by folks who shouldn’t be attempting to be funny in public.

It was Google that kicked off the age of Internet April foolery back in 2000, and the company continues to ratchet up the quantity and ambition of its hoaxes each year. I cheerfully concede that it does a much better job than most of the others that have followed its lead.

Still, Google has never topped a prank it played in 2004 — one that was so effective that most people, to this day, don’t think of it as a prank. I speak of the launch of Gmail on April 1, 2004.

The product — webmail with a gigabyte of free storage, at a time when Hotmail offered 1/500th as much and Yahoo Mail offered 1/250th as much — did not sound plausible. That led many reasonably savvy folks (myself included) to assume it was a hoax, especially since the announcement had an odd, jokey feel to it, and the service was allegedly rolling out to a “a handful” of people. There was simply no prior evidence that a Web service involving online storage could be astonishingly roomy rather than stingy and insufficient. Even the notion of Google rolling out something that wasn’t a search engine sounded suspect at the time.

But improbable though Gmail seemed — and despite the April 1 time stamp on the news — it was real. The hoax was that it wasn’t a hoax. Instead, it was one of the most important Web services that anybody ever unveiled. Genius.

Back in 2004, a gigabyte of online storage was such an impossibly copious amount that Google said it would eliminate the need to delete messages, period. Wrong! Now Gmail offers 10 GB of space, and while that amount is generous, it’s far from being all the space anyone could conceivably need: I pay for 25 GB of space and expect to fill it all up within the next few years. (At the moment, I have 13.5 GB of stuff.) What seemed unimaginable in 2004 — enormous amounts of cloud storage, for free — is now utterly mundane, thanks in part to Gmail’s pioneering largesse.

So it’s tempting to wonder: Is there any real news Google or anyone else could announce today that would sound as much like a hoax as Gmail did in 2004? I’d love to think that the day will come again when something I assume is hyperbolic fakery turns out to be wonderful, world-changing reality. But I wouldn’t be surprised if the reverse prank that Google pulled off so effectively in 2004 turns out to be a one-time feat.

For the record, here’s the Gmail news Google announced today — which, while neither incredible nor real, is not bad for an Internet April Fools’ Day stunt: 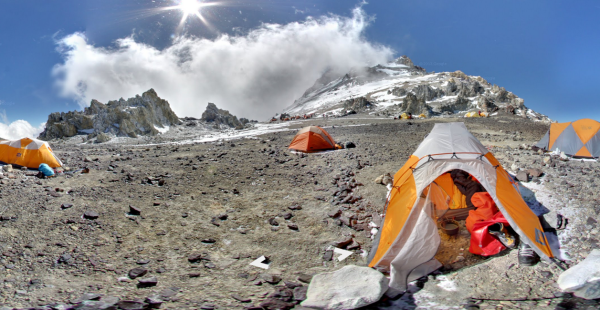