This picture taken on May 23, 2010 shows a Nepalese sherpa collecting garbage, left by climbers, at an altitude of 8,000 meters during the Everest clean-up expedition at Mount Everest.
Namgyal Sherpa—AFP/Getty Images
By Justin Worland

Mountaineers from the Indian Army will scale Mount Everest later this month to clean up trash left behind by past climbers.

The 34 members of the climbing team plan to collect and carry down more than 8,800 lbs. (4,000 kg) of non-biodegradable garbage and equipment that has been dumped by thousands of people who have made the trip over the years, India Today reports.

“Our aim is to carry forward our prime minister’s dream of cleanliness everywhere,” Jamval added of Prime Minister Narendra Modi, who has made a push to clear the country’s roads and public places of trash.

The trip falls on the 50th anniversary of the successful Everest climb by Indian Army mountaineers. 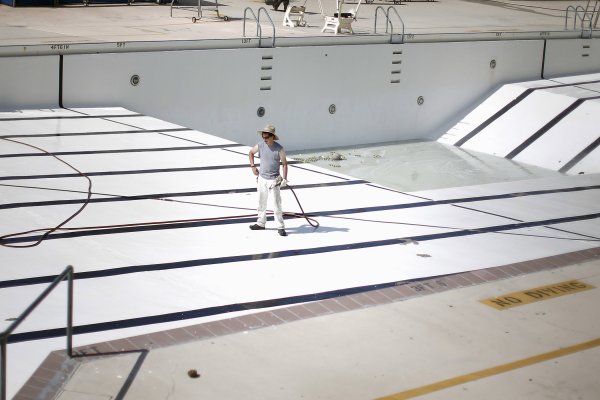 California Towns Restrict Swimming Pools Because of Drought
Next Up: Editor's Pick