5 Money Habits of the Filthy Rich You Can Learn Now

Think it’s impossible to save a million bucks? It’s not. Fidelity Investments took a look at the 401(k) portfolios of its clients to see if those in the million-dollar-plus club have characteristics that make them stand out from the crowd.

Surprisingly, being super-rich wasn’t one of them. Although the average annual earnings of people with more than $1 million in their 401(k) was a substantial $359,000, Fidelity found that a number of these people had reported earnings of under $150,000.

As of the end of last year, more than 72,000 Fidelity clients had 401(k)s with more than $1 million in them — that’s more than double the number who had reached that monetary milestone just two years ago. Sure, investors across the board have benefitted from the stock market’s recovery, but the most retirement-ready people also displayed some specific saving and investing habits that helped them reach their goals.

They go slow and steady. “They really took a long term approach… took most of their careers to get there,” says Fidelity retirement expert Jeanne Thompson. The average age of Fidelity’s 401(k) millionaires is just under 60, and have been in the workforce for 30 years. It’s also worth noting that many of the people with the healthiest nest eggs also started saving for retirement early. “It’s not like it happened overnight,” Thompson says.

They max out their contributions. Fidelity found that million-dollar investors contribute roughly 14% of their income towards their 401(k)s — $21,4000 a year, on average. Now, this is above the annual amount workers under 50 are allowed to contribute — those workers are capped at contributing $18,000 a year in 2015 — but the average age of Fidelity’s million-plus 401(k) clients skews about 10 years higher than that. In other words, the most aggressive retirement savers seem to ramp up their contributions once they get the legal go-ahead to sock away more. By contrast, those with portfolios under $1 million contribute only $6,050 a year.

They stay in equities. “To some extent, if you’re invested in cash you’re only going to have what you put in,” Thompson says. “Many people may be in retirement for 30 years or more,” she points out, so people might want to reevaluate if or when switching to a more conservative allocation is right for them. “As people are working longer and living longer, many will hold higher equity allocations,” she says. “You still have 30 years your money has to last…If you go too conservative too early you might not keep up with inflation.” On average, about three-quarters of the holdings of millionaire 401(k) clients are in equities — and remember, these are investors with an average age of around 60.

They don’t panic. “The key is when the markets go down not to panic,” Thompson says. Although it can be scary watching those numbers go down, selling at a loss only makes it harder to recover when the market eventually recovers. “They did bounce back, and so they’re were able, as equities rose, to ride the upswing,” Thompson says. 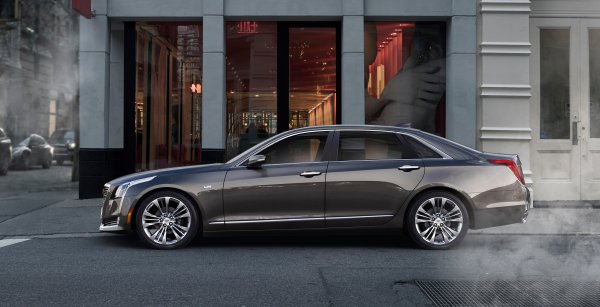 Cadillac Unveils Luxury Sedan That People Might Actually Want
Next Up: Editor's Pick