Circa 1878, a $5000 reward poster for the capture of Billy The Kid, Dead or Alive by Sheriff Jim Dalton
Hulton Archive / Getty Images
By Jennifer Latson

What to make of an outlaw TIME once called “Charles Manson in cowboy boots” and the PBS American Experience series described as a “skinny orphan boy” and “folk hero to the Hispanos” in New Mexico? More than a century after his death, historians still aren’t sure.

On this day, April 9, in 1881, the outlaw who was born Henry McCarty before adopting the alias William H. Bonney — better known as Billy the Kid — was found guilty of murdering the sheriff of Lincoln County, N.M. He was sentenced to die the next month, but in the meantime he managed to get hold of a gun, kill two guards and escape from the jailhouse where he was awaiting execution. This much is well established, although various sources fill in the details differently. Other parts of the story remain murky.

Why, for one, did New Mexico’s governor offer to pardon the outlaw if he testified against others in his gang, as historical records show, and then fail to follow through after the Kid apparently held up his end of the deal? Billy was known as a murderer, a horse thief and a cattle rustler, all equally deserving of disapprobation by Old West standards, but his testimony helped prosecutors charge 50 others with murder and other crimes, according to PBS. No evidence has surfaced to explain why he never got his pardon.

The loose ends prompted former New Mexico Governor Bill Richardson to review the Kid’s case in 2010 — and revive the controversies and mysteries surrounding his death, as the New York Times reported. Richardson ultimately decided against granting a posthumous pardon, telling the Times he couldn’t be sure why the original offer was rescinded, and pointing out that the outlaw went on to kill two more lawmen after the deal fell through.

A few months after his remarkable escape, Billy the Kid was shot dead by Lincoln County’s new sheriff, who had tracked down his hideout — although the Kid’s death, too, has prompted multiple retellings.

In one version, the sheriff shot the wrong man, and Billy went on to live a long, secret life in Texas under the pseudonym “Brushy Bill.” A man known by that name claimed to be the real Billy the Kid in 1950, shortly before dying. In 2003, Texas and New Mexico officials began looking into the claim, but their investigation stalled for lack of solid evidence.

Read TIME’s 1988 review of Larry McMurtry’s Anything for Billy, here in the archives: The Terms of Fatal Endearment 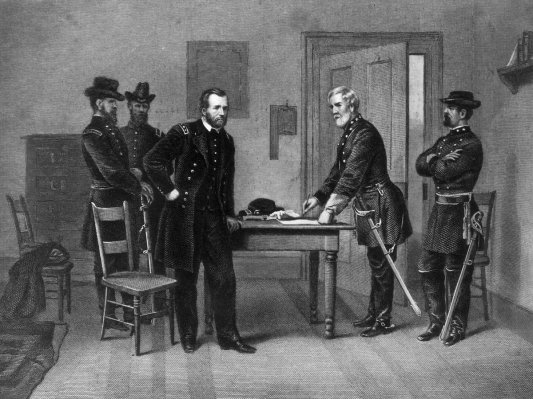 How Appomattox Created the South
Next Up: Editor's Pick