How the White House's Easter Egg Tradition Got Rolling

The White House South Lawn would never have become home to America’s best-known Easter egg roll if Congress hadn’t first passed a fun-spoiling law that denied local children access to the most popular egg-rolling venue of the 1870s: Capitol Hill.

Blame Andrew Johnson’s family for starting the trend: according to the Clinton White House, Johnson’s grandchildren dyed eggs on Easter Sunday to roll the next day on the Capitol grounds, while the First Lady supervised from the South Portico. (Other sources say the tradition goes back to James Madison’s presidency.) The trend caught on, and in the years that followed, the Easter Monday roll drew families for daylong picnics while “children rolled both their hard-boiled eggs and themselves down the lush green hills.”

A particularly raucous roll in 1876 took a sulfurous toll on the Capitol grounds, and Congress fought back. Citing an inadequate landscaping budget, it passed a law forbidding the grounds from being “used as a children’s playground,” starting in 1877. While that year’s egg roll was rained out anyway, President Hayes saved the day the following year by opening the White House grounds for the occasion.

The games have changed over the years, from egg picking (hitting another hard-boiled egg with your own, hoping to crack the other egg without cracking yours) to egg croquet (in which hollowed eggshells are propelled through croquet hoops — very carefully — using fans). Today’s most popular event, the egg race, wasn’t introduced until 1974, by the Nixons.

And while egg rolling may have fallen out of favor in general, the White House egg roll never has; in fact, it’s the largest annual event held at the White House. These days, with demand outpacing lawn space, attendance is determined by lottery. But it has always drawn a diverse crowd, as an 1898 news report attests, proclaiming: “All sorts and conditions of children find their way to the president’s grounds to enjoy Easter Monday. Some of the children are beautifully dressed in silks and laces and have French nurses to watch over them and carry their eggs for them, while other little ones are dressed in very shabby garments with elbows out and toes peeping from their little shoes.”

(A 1902 report adds that, “The white and the negro leave questions of race domination rest for the day and mingle democratically.” And while gay and lesbian couples weren’t sure that their families were truly welcome at George W. Bush’s egg rolls, Obama formally welcomed them in 2009.)

One thing that hasn’t changed, however, is the mess. What the Capitol groundskeepers refused to do, the White House lawn crew has down to a science, as TIME reported in 1953, when President Eisenhower revived the tradition 12 years after it was suspended for World War II.

“The Eisenhowers really didn’t know what to expect,” TIME wrote, “but the gardeners began a week in advance preparing for the worst, installing storm fences, comfort stations and drinking fountains.”

The egg roll itself turned the South Lawn into a child-sized war zone that would take weeks to clean up, the story added: “By noon, the grounds were a dreadful mass of mashed eggs, gooey chocolate marshmallow, melting jelly beans and picnic midden. Most unexpected casualty: a press photographer lost both shoes.”

Read the full report on the 1954 Easter Egg Roll, here in the TIME archives: The White House: Mob Scene 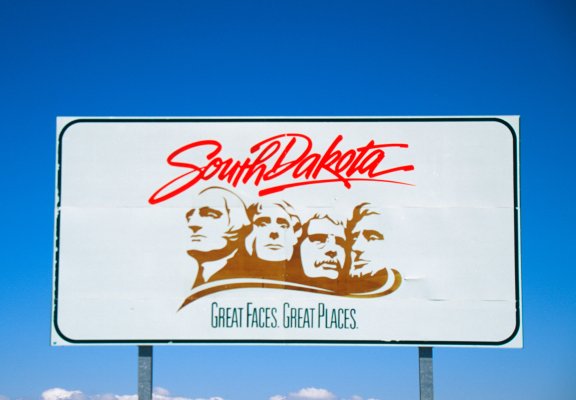 This Is the Only State Barack Obama Has Never Visited as President
Next Up: Editor's Pick