Since the announcement that a little-known South African comedian, Trevor Noah, has been tapped by Comedy Central to replace the venerable Jon Stewart as host of its highly-rated program The Daily Show, the reaction by some was to look for clues about who he was through his postings on social media.

As might be expected from a comedian who has been tweeting his thoughts online since at least 2009, several potentially inappropriate and offensive messages were uncovered, including a few pejorative jokes about women and Jews. Twitter users zeroed-in on a few tweets that played on stereotypes about Jews and money, some misogynistic messages about women, and a negative comment or two about Israel — and the story took off.

The tweets that have been singled out — tasteless and offensive remarks about Jews, women, fat people, and others — seem mostly isolated and dated. Certainly, attacking Jews and minorities has not come to define this young stand-up comedian’s career, and, like many of other comedians, Mr. Noah seems more like an “equal opportunity offender” than a cheap-trick jokester or a raging bigot.

No doubt the comments he made on Twitter were inexcusable. There is no reasonable excuse for a comedian who tweets that, “Behind every successful Rap Billionaire is a double as rich Jewish man,” for cheap laughs. Regardless of the intent, the message plays into anti-Semitic notions of Jews and money and reinforces the notion that greedy Jews control the entertainment industry and take advantage of others for monetary gain.

But for us, the question is not necessarily what is in someone’s past, but how they will conduct themselves going forward. This will be the litmus test for Noah as he succeeds the great Jon Stewart.

It is not realistic to insist that comedians not make jokes at all about different ethnic and racial groups. The question is how do they go about doing it in a way that does not speak to classic stereotypes about different groups? And how does one do it without offending the sensibilities of Comedy Central’s large, diverse and uniquely American audience?

I hope Mr. Noah will look at some of the great names of late night-television new and old as potential role models for how to be successful and funny without stooping to make bigoted jokes. Johnny Carson, David Letterman, Jon Stewart, Chelsea Handler, Seth Myers, Stephen Colbert, and others have taken the art of comedy to new heights without engaging in crass stereotypes and bigoted remarks on or off the screen.

The kind of jokes Mr. Noah made about Jews and women on his Twitter feed clearly have no place on The Daily Show.

So I wish Mr. Noah great success as he moves into the anchor chair at Comedy Central. Despite his Twitter history, I’m ready to give him the benefit of the doubt. Let’s not prejudge him based on a few, random, isolated tweets in the past. Let’s judge him based on his performance going forward into the future.

Trevor Noah certainly has some big shoes to fill. Hopefully, he will be able to build on Mr. Stewart’s legacy and ensure that the Daily Show remains funny and irreverent without trafficking in bigoted jokes at the expense of Jews or others.

Abraham H. Foxman is National Director of the Anti-Defamation League. 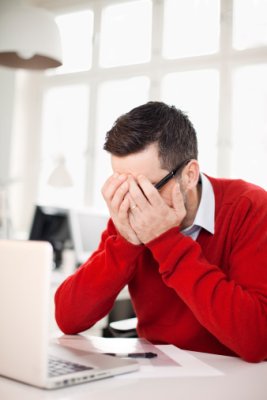