The snow that typically tops California’s mountains and is critical to maintaining the state’s water supply dropped to a record low level this year.

Because of an abnormally warm winter and little precipitation, the California Department of Water Resources has estimated that the California snowpack level is 8 percent of the historical average, as of late March. A manual survey of snow levels will be conducted in April. The previous record low for the snowpack level, at 25 percent of the average, was set in 1977 and was seen again last winter.

The lack of snow could have big implications for California’s battle against an ongoing drought. A department of water resources official told the San Francisco Chronicle that snowpacks typically provides 30 percent of the state’s water supply after the snow melts in spring and summer. With that resource nearly wiped out this winter, Californians will likely have to continue to limit their water use in the coming months. 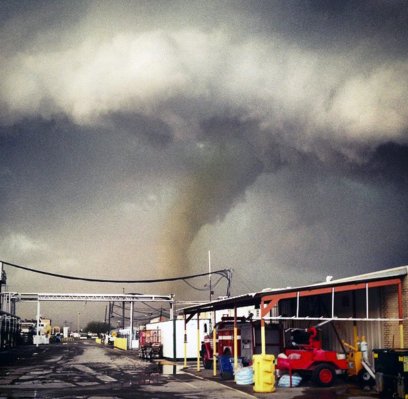 Witness the Deadly Tornadoes That Hit Oklahoma
Next Up: Editor's Pick