Former Marine: How To Fix the Military's Millennial Problem

Business as usual is not an option for the U.S. military. With a growing demand for people in specialized fields such as cybersecurity, the Pentagon is beginning to rethink how it recruits and retains talent. This is a familiar theme for the defense community, which is also struggling to attract commercial interest to develop the new wave of dominant technologies.

In Philadelphia this week, Defense Secretary Ash Carter gave a speech laying out some ideas for increasing flexibility in personnel policies. He explained how the military increasingly competes for the same talent as corporate America. Careers involving new technologies require young folks with the necessary work ethic and skills. Unfortunately, they are also often intolerant of bureaucracies and excessive restrictions (such as drug testing).

The Defense Department needs a lot of these people, more than 3,000 in 2015 alone, and the Pentagon is willing to increase pay and relax a lot of the rules to encourage them.

The recruiting pitches won’t get any easier as time goes on. The pool of candidates is shrinking year by year. By some estimates, only 25% of the total American youth qualifies. Medical conditions, poor academic performance, and recreational drug use all rule out large chunks of the population.

Of these, weight is the most troublesome. According to Army Recruiting Command, obesity disqualifications are expected to account for 25% of the total by 2025, up from 18% in 2014. Even without competition, it will be difficult to find the recruits of tomorrow.

There is a problem with retention as well as recruitment. Many of the best recruits leave after their first enlistment, after the military expends time, money, and energy training them. The private sector, combined with allure of a generous post-9/11 GI bill, appears to be a better option for many.

Carter sees the issue clearly. While the military as a bureaucracy is notoriously resistant to change, it has a few options in this case. The most obvious changes to the system include loan-forgiveness plans for debt-ridden students, mid-career entry for technical experts, and revised promotion systems. The Air Force is leading the way. Small but significant shifts to personnel policies, which began last summer and will continue through the beginning of 2016, place greater emphasis on performance and merit, shifting away from the traditional reliance on time in the service.

Many don’t think this goes far enough. Tim Kane, a former Air Force officer whose 2011 Atlantic article “Why Our Best Officers are Leaving” ignited a firestorm of controversy, has suggested radical reforms. Discussing his book Bleeding Talent with TIME in 2013, Kane summarized his ideas into three buckets. First, individual commands should have hiring authority, not today’s centralized bureaucracy. Second, the performance evaluation system should be completely overhauled. Third, individuals should be able, even encouraged, to enter and exit the military multiple times.

Of course, there are examples of inappropriate changes in military standards. Relaxed standards during the worst years of the Iraq War are often linked to behavioral issues in and after service. No one should need reminding of former Defense Secretary Robert McNamara’s disastrous Project 100,000. Any changes should be made incrementally, with careful monitoring of performance and morale.

Secretary Carter took the first of many necessary steps to bring the military into the 21st century. Both the missions and the technologies require that a wider array of the population be involved in our national security. Hopefully he will find the allies he needs to push ahead with needed reforms before the military is hollowed out by its own inflexibility. 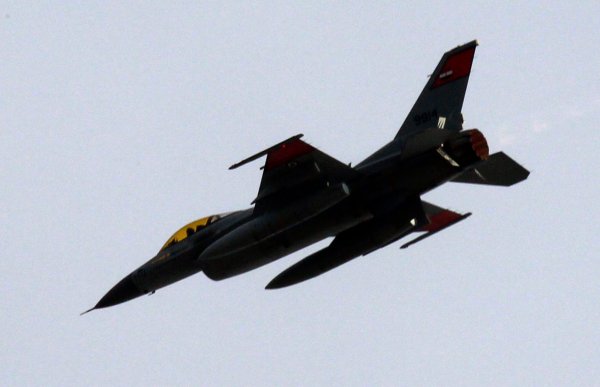 U.S. Resumes Weapons Flow to Egypt
Next Up: Editor's Pick