The Great Gatsby by F. Scott Fitzgerald
By TIME Staff

The main book review in the May 11, 1925, issue of TIME earned several columns of text, with an in-depth analysis of the book’s significance and the author’s background.

But, nearly a century later, you’ve probably never heard of Mr. Tasker’s Gods, by T.F. Powys, much less read it.

Meanwhile, another book reviewed in the issue, earning a single paragraph relegated to the second page of the section, has gone down in history as one of the most important works in American literature — and, to many, the great American novel. It was F. Scott Fitzgerald’s The Great Gatsby, published exactly 90 years ago, on April 10, 1925.

But not everyone had trouble seeing the future: in a 1933 cover story about Gertrude Stein, the intellectual icon offered her prognostications on the literature of her time. F. Scott Fitzgerald, she told TIME, “will be read when many of his well known contemporaries are forgotten.” 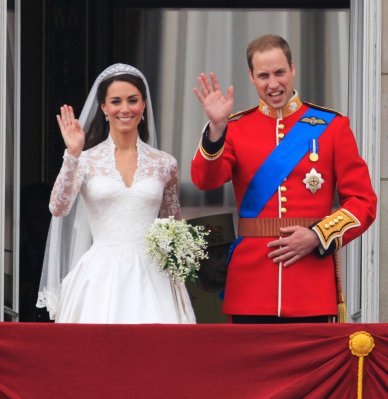 The Fug Girls on A Century of Royal Weddings
Next Up: Editor's Pick