Stieg Larsson died before he could complete a fourth book in his Millennium Series—but its protagonist, Lisbeth Salander, lives on.

After the wild success of The Girl With the Dragon Tattoo and its two sequels, The Girl Who Played With Fire and The Girl Who Kicked the Hornet’s Nest, Larsson’s publishers and estate recruited Swedish writer David Lagercrantz to continue the series. The fourth book will hit shelves Sept. 1, and its American publisher, Knopf, revealed the cover for The Girl in the Spider’s Web on Tuesday.

If we’re judging a book by its cover, readers can probably expect book four to hew closely to Stieg Larsson’s style—the design is very much in keeping with the rest of the series, and though Lagercrantz gets the byline, the jacket specifies in not-insignificant type that the story is “continuing Stieg Larsson’s Millennium Series.” The book will once again follow the adventures of Lisbeth Salander and Mikael Blomkvist, though this time, says Lagercrantz, it will introduce “Silicon Valley as a locale and a character from the National Security Agency in a central role.”

The Larsson novels have spelled huge profits for publishers, selling 80 million copies worldwide and 25 million in the U.S. alone since 2005. Whether a new writer can replicate the same spark remains to be seen—Spider’s Web will have an initial print run of 500,000 copies in the U.S. 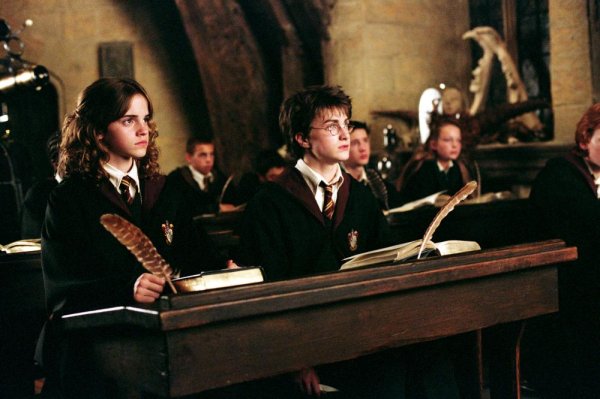 How the Harry Potter Books Might Have Had Different Titles
Next Up: Editor's Pick