Exclusive: Read a 9-Year-Old's Letter to Obama About Putting a Woman on U.S. Currency — and His Response

Sofia, the girl who wrote to Obama asking him to put a woman on U.S. currency
Courtesy of Kim B., Sofia's mother
By Charlotte Alter

The little girl who asked Obama last year why there aren’t any women on U.S. bills has finally gotten a letter back from the President — and she’s invited to the annual White House Easter Egg Roll.

President Obama made waves last year when he mentioned he had received a letter from a little girl asking him to put some women on U.S. currency, which he called a “pretty good idea.” That letter was from Sofia, a Massachusetts girl who was just finishing third grade at the time.

“I was studying Ann Hutchinson, who stood up for women’s rights,” she says. “Almost everyone who chose a boy, on their poster they had pictures of different dollar bills or coins with their person on it. So I noticed, why don’t women have coins or dollar bills with their faces on it?”

Sofia, now 9, knew immediately what she had to do. “I just came home from school and said, ‘I need to write to the president.’” Sofia’s mother provided her letter exclusively to TIME:

For a while, Sofia didn’t hear anything back from the President. She says she “sort of forgot about it” until her dad showed her the President had mentioned her letter in a speech. “I was really excited about it, because I thought that maybe it would actually happen,” she says.

In the months since Sofia wrote to Obama, a campaign to put a woman on the $20 bill has gone viral. The W20 movement is hosting an online poll so the public can vote on which woman should replace Andrew Jackson. The group plans to petition Obama and the Treasury Secretary to make it happen. Almost 220,000 people have voted in the online poll so far. And Sofia, who is now in fourth grade, is a junior ambassador for the campaign.

MORE 10 Countries That Put Women on Cash Before the U.S.

Even though she’s a longtime fan of Ann Hutchinson, Sofia wants to see Rosa Parks on the $20. “What she did was really important,” she says. “If it wasn’t for her, we’d still be segregated today.” She got her whole class to vote in the online poll, and her third grade teacher got her class to vote as well.

Last month, Sofia finally got a personalized letter back from the President, along with an invitation to attend this year’s White House Easter Egg Roll. Here’s what President Obama wrote to her:

“The women you listed and drew make up an impressive group,” Obama wrote. “And I must say you’re pretty impressive, too.”

“I’ll keep working to make sure you grow up in a country where women have the same opportunities as men, and I hope you’ll stay involved in issues that matter to you,” he continued. “If you keep focusing in school and trying to help others whenever you can, there are no limits to what you can accomplish.”

Sofia wants to be a teacher or a scientist when she grows up — after a younger friend was diagnosed with cancer, she decided she wants to study cures. But she also has some advice for other kids her age who want to make a difference. “Write a letter to somebody important,” she says, “because something could happen and it could actually change.”

Read next: The Campaign to Get a Woman on the $20 Bill Is Picking Up Steam 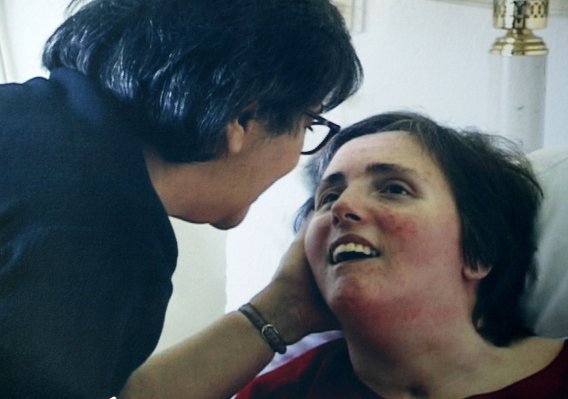 How Terri Schiavo Shaped the Right-to-Die Movement
Next Up: Editor's Pick