The White House reaffirmed a commitment to cut carbon emissions by up to 28% by 2025 in a Tuesday submission to the United Nations that promises new regulations on power plants, new fuel economy standards for some vehicles and rules to address methane emissions.

“This submission is ambitious and achievable,” said Brian Deese, a senior advisor to the President on climate change, on a conference call. “We know this is good for our economy, good for our health and good for our future.”

The plan, submitted to meet an informal United Nations target date, reaffirms a commitment made by the U.S. in November to cut its carbon emissions by more than a quarter by 2025. At the time, the U.S. and China—the world’s two largest emitters of carbon—made a bilateral commitment to take the lead on the issue, with China agreeing to stop growth in its carbon emissions by 2030.

The commitments of the U.S. and China, along with those of other countries that have submitted plans to the UN, are intended to make a statement that will encourage other countries ahead of a U.N. conference in December intended to produce a binding international agreement on climate change. Leadership aside, the plans already submitted promise to make a dramatic impact on global carbon emissions. Together the U.S., China, the European Union and Mexico, all of which have submitted plans, represent 58% of the world’s carbon emissions.

The U.S. plan, which relies on actions that don’t need Congressional approval, will likely face pushback from Republicans who have already sought to undermine the effort. U.S. officials said Tuesday that proposals are designed to remain in place for years beyond the Obama administration.

“The undoing of the kind of regulation that we’re putting in place is something that’s very tough to do,” said Todd Stern, special envoy for climate change at the State Department, on a conference call.

The plan drew immediate praise in environmental circles. Natural Resources Defense Council president Rhea Suh in a statement that she believes the plan can be “met” and “even exceeded.”

“This important commitment sends a powerful message to the world: Together we can slash dangerous carbon pollution and combat climate change,” she said. 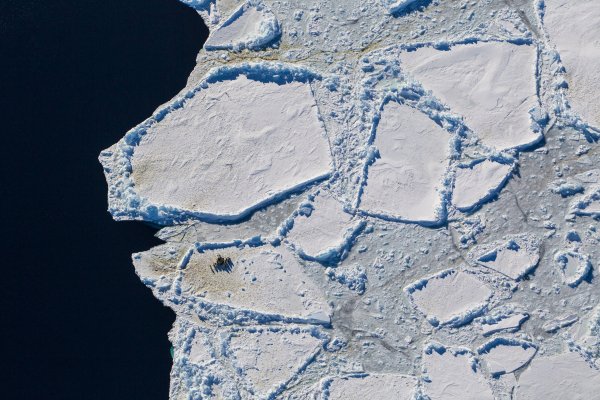 Antarctica May Have Just Seen Its Hottest Day Ever
Next Up: Editor's Pick