During surgical operations, cats aren’t huge fans of adult contemporary ballads or fist-pumping rocks anthems. In fact, research has found that felines much prefer the lush sound of classical music when going under the knife.

In an experiment detailed this week in the Journal of Feline Medicine and Surgery, veterinary clinicians at the University of Lisbon studied how 12 female pet cats responded to different genres of music, while undergoing neutering.

To gauge the animals’ responses, the clinicians recorded their respiratory rates and pupil diameters, which are an indication of their depth of anesthesia.

During the experiment, the cats were fitted with headphones and then exposed to two minutes of silence — as a control — before listening to portions of Barber’s “Adagio for Strings (Opus 11),” Natalie Imbruglia’s “Torn” and AC/DC’s “Thunderstruck.”

“The results showed that the cats were in a more relaxed state (as determined by their lower values for respiratory rate and pupil diameter) under the influence of classical music, with the pop music producing intermediate values,” reports Science Daily.

And perhaps unsurprisingly, listening to AC/DC while being spayed induced “a more stressful situation.” 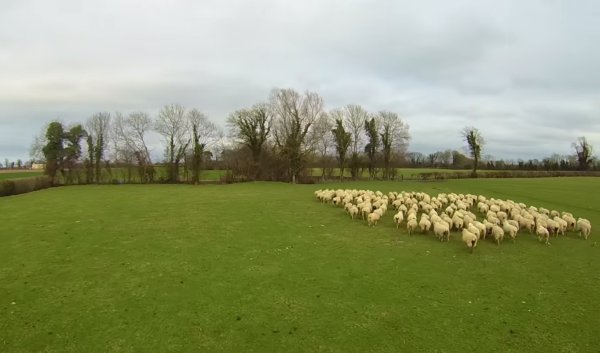 This Drone Is Surprisingly Good at Herding Sheep
Next Up: Editor's Pick