California Firefighter in Critical Condition After Falling Through Burning Roof

There has been an outpouring of support for Fire Captain Pete Dern, a firefighter who fell through a roof in Fresno, Calif., on Sunday while battling a house blaze, and remains critically injured in hospital.

The 49-year-old was venting the roof of a garage that was ablaze when it gave way and he fell into the flames. The dramatic moment was caught on video by a neighbor.

Dern was rescued within minutes by his fellow firefighters but suffered third degree burns to 65% of his body. Over $17,000 has been raised on You Caring in just over 12 hours for him and his family, reports ABC 30.

In a press conference on Monday, Dr. William Dominic, the medical director for burn services at the Community Regional Medical Center in Fresno, said Dern was stable and breathing with the help of a ventilator but remained in a critical condition.

“He is receiving very powerful intravenous pain and sedation medication but he is following commands and appears to be understanding what we are telling him and will do things when we ask him to do that,” said Dominic.

Dern’s injuries may still be life threatening and there is a risk he has severely damaged his lungs from smoke inhalation. He will likely remain in intensive care for months.

“It is a very high likelihood that at some point during his hospitalization he will have a significant infection,” Dominic added.

And many others have taken to Twitter to show their support for the veteran who has served his community for 25 years. 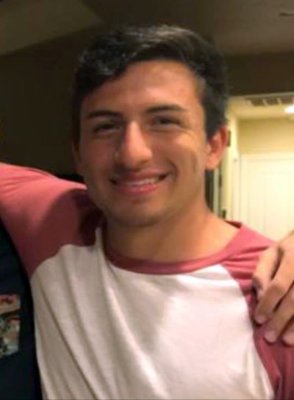