Rap superstar Jay Z launched his own subscription-based music-streaming service called Tidal on Monday, with the support of other titans of the music industry including his wife Beyoncé, Alicia Keys, Chris Martin of Coldplay, Nicki Minaj, Rihanna, Kanye West and Deadmau5.

The ad-free service will feature music and video and will be priced at $9.99 per month for the basic version, Variety reports. A high-definition version called Tidal HiFi will cost $19.99 per month. Users will reportedly have access to about 25 million tracks and 75,000 music videos.

“We want to create a better service and a better experience for both fans and artists,” said Grammy-winning singer-songwriter Keys, who, like the other artists present at the launch event in New York City, is an investor in Tidal. “We believe that it is in everyone’s interests — fans, artists and the industry as a whole — to preserve the value of music, and to ensure a healthy and robust industry for years to come.”

It remains to be seen if pop goddess Taylor Swift, who has famously pulled all her music from Spotify, after claiming that the service didn’t value artists, will give Tidal her seal of approval.

Read next: Why Jay Z, Rihanna and Kanye Have Gone Blue on Twitter 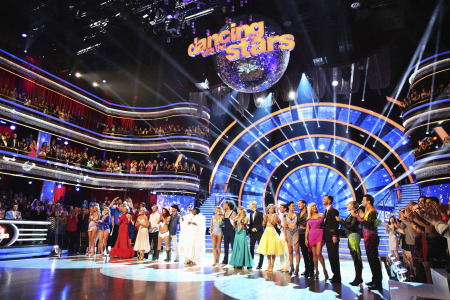 Dancing With the Stars Watch: Plenty of Salsa and Cheese on Latin Night
Next Up: Editor's Pick