Rarely does word of a band’s new album inspire such conflicted feelings among loyal listeners. Last summer, Death Cab for Cutie die-hards were thrilled to find out the band was putting the finishes on their eighth studio album—but they were heartbroken to learn the album would also be the last with founding member Chris Walla, who was leaving the band after 17 years.

Instead of distancing themselves from his departure, however, the remaining members—frontman Ben Gibbard, bassist Nick Harmer and drummer Jason McGuerr—made it part of the album’s story. The band named the album Kintsugi, a Japanese ceramic repair technique that finds beauty in the object’s cracks and flaws by filling them with gold and silver. “When Chris left the band we saw it more as an opportunity than as a breakage,” frontman Ben Gibbard tells TIME about Kintsugi, out March 31. “Right now we all see this as a really exciting time for us: we have a new record we’ll be proud of, we get to go out in the world and play these songs we’re really proud of, and we’ll figure out what the next step is when we come to it.”

On bringing in an outside producer for the first time: “It was something that we were all really excited about doing,” Gibbard says. “All of us have certain tropes that we tend to remain comfortable in, things that we gravitate towards. Bringing in [Rich Costey] to cut through what we were comfortable with—like, ‘No, you guys always do it like this, but we need to try something new here’—was really inspiring. This record would absolutely not be the record it is if we had done things the way we’d historically done them.”

On loving music the way you did in high school: “I think it’s absolutely possible to continue to have, as you get older, those really intense relationships with records—it just happens less frequently,” he says. “When I was 16 years old, music was everything in my life, and everything I heard was brand new. Now I’m 38. I’ve heard a lot of music. But there are still these moments where these records come along that just come out of nowhere and blow my mind. It doesn’t happen as often as it once did, but it still happens. You can’t have your mind blown every time you put a record on.”

On drawing lyrical inspiration from Los Angeles: “Los Angeles obviously is a hotbed of character study,” Gibbard says of the new songs, many of which appear to address his divorce from actress Zooey Deschanel. “The swath of people that you run into is fairly wide and interesting. A lot of these songs on the record were inspired by people that I came across in my time living there. It’s a really interesting place. There are some things I love about it, but I don’t think I would ever go back—no, I would never move back.”

On aging as a band: “We all feel very fortunate that these records that we made now some 10-15 years ago, people still care about them,” he says. “That is one thing that is fairly rare these days. There’s so much music coming at you all the time. You have access on streaming services to every record almost ever made. Every day there are websites that are updating with 10 new exciting bands that you should check out. The fact that we have made some albums that now at this point people are still asking us to play feels really good.” 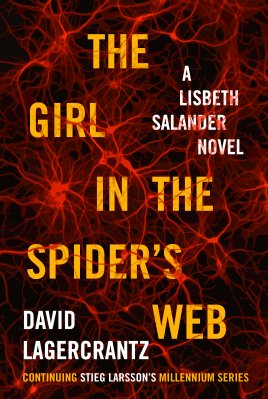 Here's the Cover for the New Book in Stieg Larsson's Millennium Series
Next Up: Editor's Pick