How 3D Imaging Can Tell Exactly How Old You Are

For the first time, scientists have used 3D imaging of a people’s faces to predict their age. The 3D information was so accurate, in fact, that it was better at pinpointing age than the best known marker, a test that involves studying the DNA.

Reporting in the journal Cell Research, Jing-Dong J Han, from the Chinese Academy of Sciences-Max Planck Partner Institute for Computational Biology, found that certain facial measures are reliable predictor’s of a person’s biological age. The researchers analyzed 3D facial images from more than 300 people, and matched them up with measurements from several dozen blood markers including cholesterol and albumin. Specifically, the width of the mouth and nose, and the distance between the mouth and nose tend to expand with age, and the eyes tend to droop over time. Measuring this change provides a relatively stable way of tracking, and predicting, a person’s age.

She arrived at the finding after hearing a colleague present work on using 3D facial images to quantify racial differences. “It immediately struck me that facial images might be a potential good phenotype to include in our study to quantify the extent of aging,” she says. “I did not expect to see such remarkable changes with age, nor did I expect the 3D images to be such an accurate biomarker for biological age.”

Why is it important? Han says that pinpointing how quickly a person is aging via the relatively easy 3D algorithm could have useful health implications that go beyond keeping people honest about their age. Such a measure might provide a window into deeper physiological processes that could be aging abnormally fast. “It might have important implications for assessing the risks of aging-associated diseases, and for designing personalized treatment schemes to improve their life styles and health,” she says. 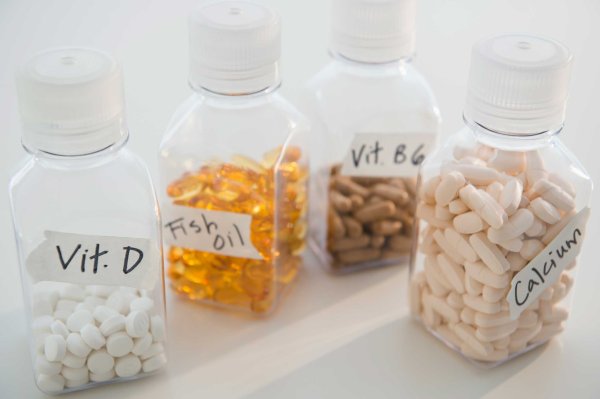 Who Should—And Who Shouldn't—Take Vitamin D
Next Up: Editor's Pick