Melissa Mederos, 10, from Miami, Fla., looks at the Baptism of Pocahontas by John Gadsby Chapman in the Rotunda of the Capitol.
Chris Maddaloni—Roll Call Photos / Getty Images
By The John W. Kluge Center at the Library of Congress

This post is in collaboration with The John W. Kluge Center at the Library of Congress, which brings together scholars and researchers from around the world to use the Library’s rich collections. The article below was originally published on the Kluge Center blog with the title The Indians’ Capital City: Native Histories of Washington, D.C.

As a Kluge Fellow at the Library of Congress, historian Joseph Genetin-Pilawa is researching his forthcoming book “The Indians’ Capital City: ‘Secret’ Native Histories of Washington, D.C.” He sat down with Jason Steinhauer to discuss the facts, myths, and contradictions of Native presence in the nation’s capital.

The Chesapeake has a rich indigenous history that predates the creation of Washington, D.C. What societies were here before the birth of modern-day Washington?

The human history of the region goes back thousands of years. Groups organized themselves into stratified political units known now as chiefdoms, developed military and political alliances, and practiced religious and spiritual ceremonies aimed at giving thanks and keeping the world in balance. They were all part of the massive Algonquian language that spanned the east coast, up through the Great Lakes and Canada, and even stretched to the Great Plains and part of present-day California. Although the distinct languages were related, they were not mutually intelligible.

The primary Native group that inhabited the area between the Potomac and Anacostia Rivers was and continues to be the Piscataway, along with several related groups, including the Anacostank, Pamunkey, Mattapanient, Nangemeick, and Tauxehent.

You’ve asserted that Native peoples played a significant role in shaping Washington, D.C. Can you elaborate on what you mean by that?

In my forthcoming book, I write about the perceived incongruity of Native people in urban spaces–that the Native past must give way to an urban future, and that they’re mutually exclusive. This incongruity is rooted in Washington, D.C. especially due to the creation of a commemorative landscape–centered in the art and architecture of federal buildings, but dispersed around the city as well–that iterated notions of pacification, of a conquest completed, and of vanishing Indians.

The artwork in the rotunda of the Capitol Building, for example, focuses on Native people assimilating (like Pocahontas), signing land treaties (William Penn and the Delaware), and being subjugated (Daniel Boone fighting Indians). My book argues that, unlike the Native subjects of capital art and architecture though, Indigenous visitors and inhabitants engaged with non-Native individuals and the symbols of settler society in Washington, carved out their own space(s) within it, and claimed or reclaimed an ownership of the place.

The presence of Natives in Washington in the first half of the 19th century coincided with removal of Native tribes from their homelands in the South and West. How do you interpret this tension between Natives being welcomed in Washington while Washington elected officials evicted Natives nationwide? Was that tension felt at the time?

That’s certainly a big part of what attracted me to this project. Much of the early artwork in the city was created and installed in the 1830s, ’40s, and ’50s, to support and justify the removal and reservation policies being simultaneously crafted by Congress and the Presidents. Yet, hundreds and thousands of Indian delegates were in the city concurrently. White Washingtonians told themselves one story on their walls and in their paintings, a story of a completed conquest and vanishing Indians, yet experienced an entirely different story in their everyday lives as they encountered actual Native people all over the city.

From the perspective of the Native visitors themselves, the tension was not so much about the representation versus the reality, but about resisting the very representations themselves. That process started in the earliest days of the city and continues to the present…

Click here to read the rest of the interview, at the Kluge Center blog.

Joseph Genetin-Pilawa is Assistant Professor at George Mason University. His first book is “Crooked Paths to Allotment: The Fight over Federal Indian Policy after the Civil War.” Genetin-Pilawa lectures on the history of Native Americans in Washington, D.C., on Thursday, April 2nd at 4 p.m. at the Kluge Center. 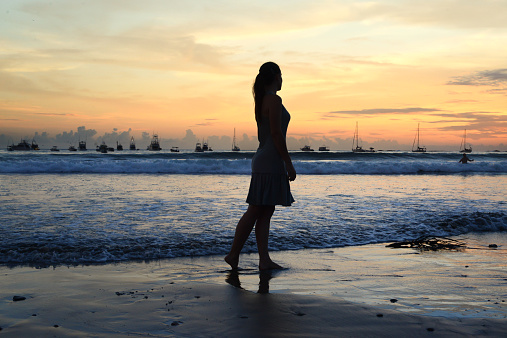 A Movement Against Racism Should Be a Movement for Mental Health
Next Up: Editor's Pick