The progressive left is looking to Chicago for inspiration — and a workable model — on how to challenge Hillary Clinton for the national Democratic nomination in 2016.

Jesus “Chuy” Garcia, a scrappy, largely unknown politician, has come out of left field to give Rahm Emanuel, a moderate incumbent from the Democratic establishment, a run for his money.

Garcia, who until recently was a county commissioner with nearly zero name recognition, ran an unapologetically populist campaign and won enough of the vote in February’s mayoral election to force Emanuel into a runoff on April 7.

Garcia’s unexpected success story has become a national rallying cry for liberals who would like to see a candidate challenge Clinton, the former Secretary of State and presumed Democratic nominee, from the left. Like Emanuel’s critics, the activist left sees Clinton as too centrist, too compromising and too cozy with Wall Street and big banks.

On Monday, Vermont Senator Bernie Sanders, who is testing the waters for his own run for the Democratic nomination, endorsed Garcia and will travel to Chicago for a rally on Thursday. “At a time when the wealthiest people and largest corporations are becoming richer while virtually everyone else is becoming poorer,” Sanders said in a statement, “working-class people have got to fight back.”

One lesson that national liberals have picked up in Chicago is that any progressive challenger ought to run on a full-throated message of economic populism. Garcia’s union-bankrolled campaign has hinged on issues of economic justice and characterized his opponent as a member of the out-of-touch establishment willing to put Wall Street ahead of Main Street. That smear includes both Clinton and President Obama, who have campaigned for Emanuel this year.

In an interview with the Washington Post in February, Garcia said he was disappointed that neither Clinton nor Obama has been as forthcoming in addressing issues of income inequality.

George Goehl, the executive director of the progressive group National People’s Action, has said that on the national stage, liberals need to demand commitments from Democratic leaders — including Clinton — by drawing “a clear line in the sand: Are you a progressive populist in this moment in time or are you not?”

“That’s happening in Chicago right now,” he said. Goehl cited the rise of a progressive organization, Reclaim Chicago, that sprang up in support of Garcia and of what Goehl calls “a clear set of populist principles, not a party.”

Another lesson that liberals have perhaps learned in Chicago is that they need not hold out for their first choice. It was only after Chicago Teacher’s Union head Karen Lewis, the darling of the left, declined to run at the last minute because of health problems that Garcia — a former alderman, who served as deputy water commissioner in the 1980s — jumped into the race.

The national liberal base has rallied tirelessly to draft Massachusetts Senator Elizabeth Warren into the 2016 race, although she said repeatedly that she is not running. They, too, may have to turn to an unlikely runner-up. Former Maryland governor Martin O’Malley and former Virginia Senator Jim Webb, in addition to Sanders, are considering throwing their hats in the ring for the nomination.

In Chicago, Garcia and Emanuel have gone head-to-head in two televised debates, where Garcia has done unexpectedly well. The last is scheduled for March 31, a week before the runoff. A poll in mid-March still had Emanuel ahead of Garcia by a 14-point lead, with 11% of voters still on the fence. While Garcia’s chances of pulling out the Chicago race are slim, his impact on the national stage has yet to be written.

Read next: Martin O’Malley Gears Up to Take on Hillary Clinton 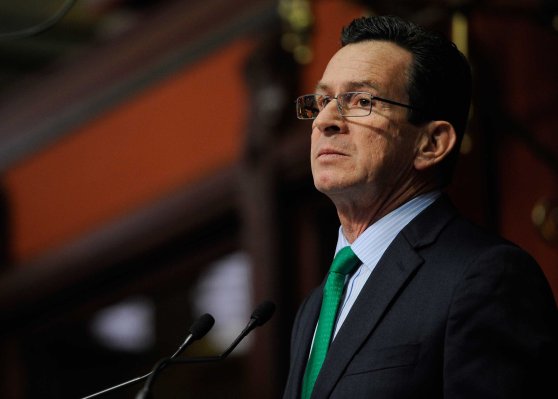 Connecticut Bans State-Funded Travel to Indiana
Next Up: Editor's Pick