Last year, Indian politicians dominated the TIME 100 reader’s poll, our annual survey ahead of the magazine’s list of the most influential people in the world. But this year a South Korean pop star is currently taking the lead — and although she’s not exactly a household name, she has received more votes than pop superstars Lady Gaga, Beyoncé, Taylor Swift or Rihanna.

Lee Chae-rin, the singer and rapper better known as CL, is one fourth of the South Korean girl group 2NE1 (pronounced either to anyone or like the number 21). Together, the group has impressed critics at stateside arenas — one of their shows made the New York Times’ best concerts list in 2012 — and broke Billboard records as one of the most successful K-pop acts around.

Though nothing from across the Pacific has been able to match the ubiquity of Psy’s “Gangnam Style” in the U.S., CL could be the artist to show America that K-pop is much more than a viral phenomenon when she strikes out on her own.

In October, Scooter Braun — the manager behind Justin Bieber and Carly Rae Jepsen — announced that he snagged CL for her upcoming U.S. solo album debut. Her 2013 solo cut “The Baddest Female,” offers a taste of what to expect: if she’s this catchy in a language you probably don’t understand, just imagine what she could do in English. 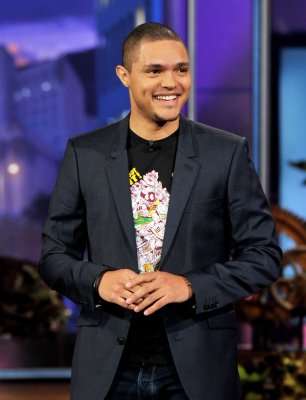 Meet the New Host of The Daily Show
Next Up: Editor's Pick