Review: On Younger, Comedy Starts at 40

Younger, the title of TV Land’s charming new comedy, is not the first adjective that particular network usually brings to mind. First it was the home of nostalgic reruns, then it branched out with originals, like Hot in Cleveland, that were essentially newly minted reruns: sitcoms, featuring sitcom stars of yesteryear, rehashing classic sitcom plots and inhabiting decades-old sitcom types. It wasn’t a place to find exciting TV; it was a refuge to age in place with dignity.

Well, maybe it’s just my liver spots and calcium deficiency talking, but I now have a show to watch on TV Land. Not because, in the words of Abe Simpson, it reminds me of the good old days when entertainment was bland and inoffensive, but for its own sake.

Younger (premieres March 31) does have a TV-of-recent-yesteryear pedigree: it comes from producer Darren Star of Sex and the City, and stars Sutton Foster of the late, lamented Bunheads. And as befits the title and the network’s brand, it has an age-conscious premise. Recent divorcée Liza (Foster), having taken 15 years off work to raise her teenage daughter, is looking for a job in her old business, publishing. She finds herself being interviewed by 25-year-olds (“Don’t worry, you don’t look a day over seven,” she jokes) and rejected as a Friendster-era dinosaur in a Snapchat age. Finally, she hits on a scheme, and the high concept for a sitcom: she gets a makeover, pretends to be 26 and becomes the “twentysomething” assistant to Diana (Miriam Schur), a marketing executive of her own generation.

It helps that Foster (who’s 40 IRL, as today’s young people say) is ageless enough to play a middle-aged woman plausible passing as a Millennial. But it’s more important that Younger goes for more than easy generational comedy. Like a funnier, less rich-people-problems-oriented version of Bravo’s Girlfriends Guide to Divorce, it’s a breezy, bawdy but heartfelt story about a woman starting over. “It’s like I woke up one day, realized my marriage was a big lie and I’d become Ruth Van Wrinkle,” Liza tells her best friend Maggie, played by the reliably tart Debi Mazar. (Amy Sherman-Palladino, creator of Foster’s Bunheads, is not behind this show, but sometimes Younger seems to be channeling her.)

There’s plenty of generation-gap humor here (Liza has to quickly catch up with trends not only in social media but in intimate grooming), but it’s not played out us-vs.-them. In her new job, she befriends a rising young editor (Hilary Duff), who–contra the sitcom typecasting of shallow office Millennials–is smart, isn’t self-absorbed, and likes to read things longer than 140 characters. (Granted, in the first scene we meet her she does quote Taylor Swift.) Meanwhile, Liza finds herself living the other side of the generation war working for her demanding boss–who assumes that she has no work ethic and will spend all her time texting–but Diana herself is feeling the stress of a culture that wants to dispose of middle-aged women like last week’s cartons of milk.

Nothing in this setup is revolutionary, of course, and a protagonist living a secret life is a sitcom premise hoary enough for, well, TV Land. But Younger sells it through Foster’s agile charm and its refusal to make any of its characters into punching bags. (TV Land sent out the full season for review; I’ve seen five episodes.) Like its protagonist, the ideas behind Younger have been around the block a few times. But it doesn’t show its age at all. 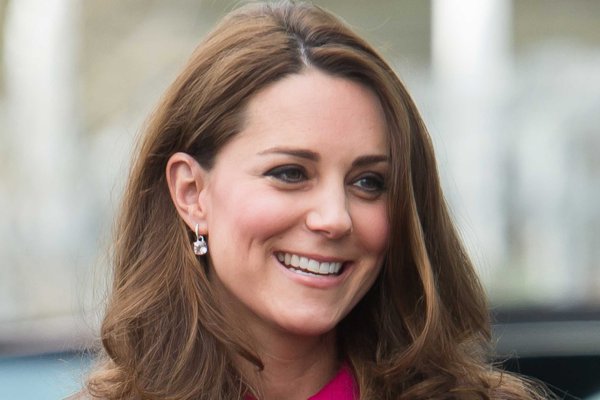 Bookmakers Are Betting That the Royal Baby Will Be Named Alice
Next Up: Editor's Pick