Who Are the Nuclear Scofflaws?

Given all the frothing by hawkish U.S. Senators about Iran’s possible development of nuclear weapons, one might think that Iran was violating the nuclear Non-Proliferation Treaty (NPT).

Nor are the nuclear powers likely to be in compliance with the NPT any time soon. The Indian and Pakistani governments are engaged in a rapid nuclear weapons buildup, while the British government is contemplating the development of a new, more advanced nuclear weapons system. Although, in recent decades, the U.S. and Russian governments did reduce their nuclear arsenals substantially, that process has come to a halt in recent years, as relations have soured between the two nations. Indeed, both countries are currently engaged in a new, extremely dangerous nuclear arms race. The U.S. government has committed itself to spending $1 trillion to “modernize” its nuclear facilities and build new nuclear weapons. For its part, the Russian government is investing heavily in the upgrading of its nuclear warheads and the development of new delivery systems, such as nuclear missiles and nuclear submarines.

What can be done about this flouting of the NPT, some 45 years after it went into operation?

That will almost certainly be a major issue at an NPT Review Conference that will convene at the UN headquarters, in New York City, from April 27 to May 22. These review conferences, held every five years, attract high-level national officials from around the world to discuss the treaty’s implementation. For a very brief time, the review conferences even draw the attention of television and other news commentators before the mass communications media return to their preoccupation with scandals, arrests, and the lives of movie stars.

To heighten the pressure for the abolition of nuclear weapons, nuclear disarmament groups are staging a Peace and Planet mobilization, in Manhattan, on the eve of the NPT review conference. Calling for a “Nuclear-Free, Peaceful, Just, and Sustainable World,” the mobilization involves an international conference (comprised of plenaries and workshops) on April 24 and 25, plus a culminating interfaith convocation, rally, march, and festival on April 26. Among the hundreds of endorsing organizations are many devoted to peace (Fellowship of Reconciliation, Pax Christi, Peace Action, Physicians for Social Responsibility, Veterans for Peace, and Women’s International League for Peace & Freedom), environmentalism (Earth Action, Friends of the Earth, and 350NYC), religion (Maryknoll Office for Global Concerns, Unitarian Universalist UN Office, United Church of Christ, and United Methodist General Board of Church & Society), workers’ rights (New Jersey Industrial Union Council, United Electrical Workers, and Working Families Party), and human welfare (American Friends Service Committee and National Association of Social Workers).

Of course, how much effect the proponents of a nuclear weapons-free world will have on the cynical officials of the nuclear powers remains to be seen. After as many as 45 years of stalling on their own nuclear disarmament, it is hard to imagine that they are finally ready to begin negotiating a treaty effectively banning nuclear weapons―or at least their nuclear weapons.

Meanwhile, let us encourage Iran not to follow the bad example set by the nuclear powers. And let us ask the nuclear-armed nations, now telling Iran that it should forgo the possession of nuclear weapons, when they are going to start practicing what they preach.

Dr. Lawrence Wittner (http://lawrenceswittner.com) is Professor of History emeritus at SUNY/Albany. He is the author of “Confronting the Bomb: A Short History of the World Nuclear Disarmament Movement” (Stanford University Press). 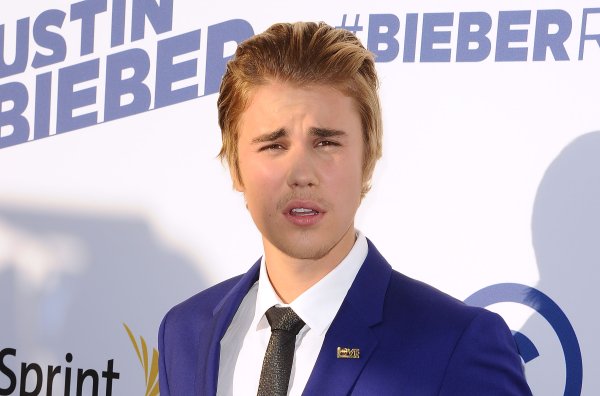 Justin Bieber and the History of the Roast
Next Up: Editor's Pick