A family photo of Terri Schiavo, taken at Terri's hospital bed in 2003 in Gulfport, Fla., as seen on a protester's sign.
Matt May / Getty Images
By Josh Sanburn

Throughout the late 1990s and early 2000s, the Death With Dignity National Center kept an office in Washington, D.C. For years, Republican lawmakers tried to pass legislation nullifying Oregon’s 1997 Death With Dignity Act, which allowed terminally ill patients to obtain life-ending medication. The legislation never made it out of the Senate, but it eventually passed in the Republican-controlled House, and the aid-in-dying organization felt compelled to keep pressure on Congress to stop the bill. Then came Terri Schiavo.

Ten years ago, Schiavo—a severely brain-damaged Florida woman—became a national symbol for how not to die in America. At its heart, the case was a family squabble. Schiavo had been kept alive by a feeding tube after collapsing in 1990 from full cardiac arrest that deprived her brain of oxygen. Multiple doctors diagnosed her as being in a persistent vegetative state. Her husband Michael Schiavo argued that his wife would never have wanted to live like that and attempted to get the feeding tube removed. Her parents disagreed and fought to keep her alive.

MORE: How Canada’s Right-to-Die Ruling Could Boost Movement in U.S.

Schiavo’s case languished inside courtrooms for years. Jeb Bush, who was Florida’s governor at the time and is now a likely 2016 Republican presidential candidate, signed “Terri’s Law” in 2003 to reinsert her feeding tube after courts had ordered it taken out. Congressional legislators attempted to diagnose her on the Senate and House floors without having seen her in person. It all culminated with President George W. Bush cutting short a vacation at his ranch in Texas to fly back to Washington to sign a bill that would allow Schiavo’s case to be heard in federal courts.

Eventually, the courts agreed with Michael and allowed her feeding tubes to be removed. After Schiavo died on March 31, 2005, Congress all but stopped trying to pass a law banning aid in dying, says Death With Dignity National Center Executive Director Peg Sandeen, and the group eventually packed up its Washington, D.C., office and took its fight to the states to try to legalize it. A majority of Americans seemed to say that in a relationship involving physicians and families, politicians should steer clear. According to a TIME poll taken in 2005, 70% of respondents said they disapproved of the president’s role in the issue and 54% said they would be more likely to vote against their representative in Congress if he or she sided with the president. Congress appeared to have gotten the message, and aid-in-dying organizations eventually stopped worrying about the practice being outlawed at the federal level.

“The will of the people was not for the government to intervene in end-of-life decisions,” Sandeen tells TIME. “When [Sen.] Trent Lott and [Senate Majority Leader] Bill Frist are on the floor diagnosing her, not having ever looked at her as a patient, I think America said, ‘Enough is enough.’”

People associated with the aid-in-dying movement today say that the Terri Schiavo case was a turning point for Americans thinking about their own end-of-life decisions. While Schiavo’s situation was an extreme outlier, her case ultimately brought into question the government’s role in end-of-life choices altogether.

“A lot of people saw the Schiavo case and said, ‘I don’t want to end up like that. I don’t want to get trapped,’” says Arthur Caplan, a bioethicist at New York University. “It scared people.”

In the months following Schiavo’s death, there was a spike in national interest in written advance directives — documents that instruct family members on what to do in end-of-life situations — says Barbara Coombs Lee, president of Compassion & Choices, an aid-in-dying advocacy organization. The news also sparked a discussion about the benefits of prolonging life at all costs.

Prior to Schiavo’s case, the person most associated with aid in dying was Jack Kevorkian, the Michigan doctor who performed dozens of assisted suicides and was eventually convicted for second-degree murder. If Kevorkian showed the darker side of individual end-of-life decisions, Schiavo showed a side in which not making those choices can mean an individuals’ ultimate fate ending up in the hands of feuding family members, judges and legislators.

“One of the American people’s greatest fears is that someone other than themselves will make these decisions,” says Coombs Lee. “This isn’t political or partisan, it’s personal. And that was the first time people realized how intrusive government could actually be.”

Ten years later, there’s renewed interest in end-of-life choices thanks to Brittany Maynard, the 29-year-old newlywed who was diagnosed with terminal brain cancer and moved from California to Oregon to take advantage of the state’s physician-assisted suicide law. Maynard died Nov. 19, 2014, after ingesting barbiturates given to her by a doctor. In the last several months, more than half of all U.S. states have either introduced end-of-life legislation or signaled they would do so.

Most polls today show that about seven in 10 Americans support the idea that state and federal governments should allow people to make end-of-life choices for themselves, something Schiavo’s story made clear a decade ago.

“The lesson,” Coombs Lee says, “is that death is not the worst thing that can happen to you.”

Read TIME’s 2005 cover story about the battle over Terri Schiavo, here in the archives: The End of Life: Who Decides? 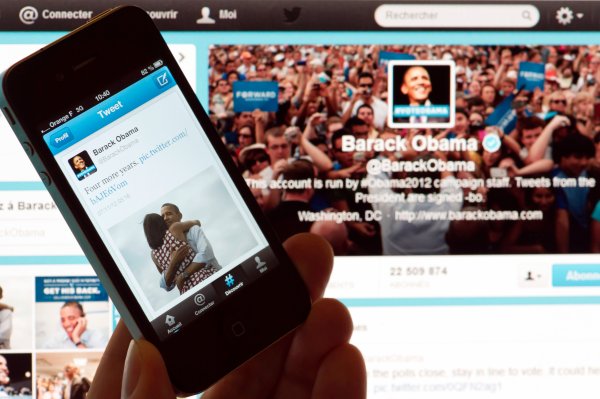