Ohio State Rep: Why I Spoke Out About My Rape and Abortion

As an Ohio legislator, I have witnessed for nearly 15 years legislation introduced that intends to marginalize or completely eliminate a woman’s reproductive rights. The most recent and arguably worst offender is House Bill 69, termed Ohio’s “heartbeat bill,” which would ban an abortion after a fetal heartbeat can be detected — as early as six weeks into a pregnancy. This bill allows no exceptions for victims of incest or rape, but only ones when a mother’s life is endangered or when she is at risk of serious physical impairment. This means a woman undergoing or physician performing an abortion could be charged with a fifth-degree felony.

Last week, I again found myself enduring the arguments by those in support of House Bill 69. As one legislator after another spoke and gave no reason for excluding victims of incest or rape as exceptions, I felt the overwhelming need to voice my opinion regarding the potential impact of such inhumane legislation. I could no longer be silent.

As I was recognized to speak in the debate on the bill, which passed the House, my frustration was at its peak. At the core of my opposition lay a very personal story but one that I would have to disclose in order to underscore the seriousness of leaving out these exceptions. In one moment, without having planned to speak out beforehand, I made it known that over 35 years ago, I had been a victim of rape and underwent an abortion while serving in the military. Because this happened to me at such a young age, I refused to let this victimization define who I was going to be. More important, I was thankful I had the freedom to make this decision — back then. Unfortunately, it is this freedom that could be stripped from women today.

As the words poured out of me, I proclaimed, “You don’t respect my reason, my rape, my abortion, and I guarantee you there are other women who should stand up with me and be courageous enough to speak that voice. What you’re doing is so fundamentally inhuman, unconstitutional, and I’ve sat here too long. I dare any one of you to judge me, because there’s only one judge I’m going to face.

I dare you to walk in my shoes. This debate is purely political. I understand your story, but you don’t understand mine. I’m grateful for that freedom. It is a personal decision, and how dare government get into my business.”

As a young victim, I made a decision not to carry my pregnancy to full-term. I also know that many women who’ve been victimized by rape make a different decision and carry their pregnancies to full-term. There is no right or wrong answer, and I respect either decision. But it is a personal freedom that should be determined only by the woman whose life it impacts, not by the government.

As an elected official and public servant, I continue to stay true to what I believe is the right thing to do. For nearly a decade, I tirelessly promoted legislation to protect Ohio’s most vulnerable against the scourge of human trafficking. I am proud to have authored Ohio’s first of several anti-human-trafficking bills, setting a precedent throughout our state and country. Comparable to the abortion debate, this issue was widely misunderstood, and others ridiculed or minimized what I fought for.

Sadly, over the past four years, state governments have enacted 231 laws limiting access to abortion, with 26 new laws being passed in 2014, according to an analysis by the Guttmacher Institute. Over the years I have felt that the escalating war on our reproductive freedom will require more voices speaking out at the risk of judgment and stigma in our culture. However horrific the circumstances, I was proud to speak truth to that power. 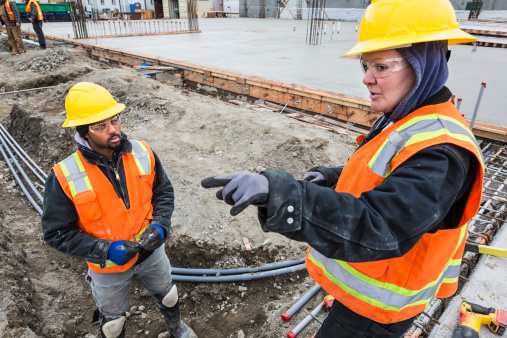 Five Best Ideas of the Day: March 30
Next Up: Editor's Pick