Last night, Madonna acted out one of her best-known recent tricks: Enlisting a younger performer to grant her music some extra currency. In a televised performance of her new single “Ghosttown,” the performer was supported by Taylor Swift on guitar. It was the most memorable moment from the iHeartRadio Music Awards (whatever those may be) and of Madonna’s recent promotional campaign for her new album. Though the star is often criticized for her work with younger artists, her performance with Swift was, in fact, the very best sort of collaboration.

Madonna’s past few years have seen her, probably more often than is flattering, team up with stars of more recent vintage; her 2012 Super Bowl halftime show was ceded in large part to flavor-of-the-minute band LMFAO and bird-flipping scene-stealer M.I.A., while her appearance on Miley Cyrus’s MTV Unplugged taping felt undercooked. And some of Madonna’s earnest attempts to explore what’s hip out there, from her EDM-inflected 2012 album MDNA to her asking Miley Cyrus to introduce her at the Grammys as “our b—,” have seemed embarrassingly out-of-touch.

But criticisms of Madonna for working with younger artists tend to skip over the particulars of the collaborations right to broad-brush condemnation of a woman over 40 trying to stay contemporary. It’s been that way since Madonna’s performance with Britney Spears and Christina Aguilera at the 2003 Video Music Awards, a brilliant piece of stagecraft that effectively anointed Spears and Aguilera as Madonna’s successors. A musical generation later, Madonna chose the perfect collaborator for a country-tinged pop anthem about heartbreak.

And Swift, lost in the music, seemed legitimately excited to be onstage with Madonna: Why shouldn’t she be? Madonna’s ability to reinvent her sound and her image has provided precedent for any number of pop stars, including one who recent switched genres entirely. Perhaps the issue, among those who critique Madonna’s work with a younger cohort, is one of framing. Madonna is subjected to all the same criticisms as a pop star under 30, “desperation” and a perpetually oscillating level of “relevance” chief among them. When Paul McCartney, by contrast, performs with stars like Rihanna and Kanye West, it’s not a sign of his desperation to stay hip, because he’s a legacy artist perceived as earnestly interested in what’s out there these days.

Where’s the same generosity of spirit when it comes to Madonna? When her album Rebel Heart missed the number-one spot on the Billboard charts (and her heavily promoted first single, “Living for Love,” missed the charts entirely), the schadenfreude was thick in the air, despite the fact that it’s no one’s baseline expectation that a new album by McCartney, or Prince, or Mick Jagger, would automatically become a hit. Madonna’s fame, though, has always been tied to a snooty assumption that her music is more popular than good, and thus it only matters if it’s popular.

But maybe it’s time to give her her due as an artist, not just a hit machine. Madonna has entered a phase of her career where statistics don’t necessarily matter, but where cementing her legacy absolutely does. Rebel Heart exists not to become a top-selling album but to prove she has a place in today’s pop-music ecosystem; not every one of its, or Madonna’s, attempts to prove contemporary savvy come across perfectly, but in general, the fact that we’re paying attention at all proves a point. Given Swift’s obvious willingness to perform with Madonna, and the degree to which their collaboration worked, the point seems made. 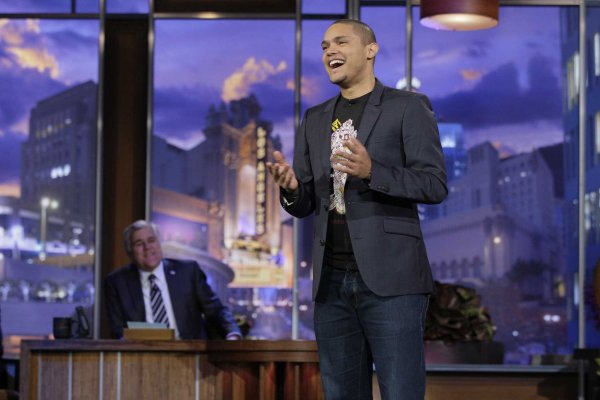