Here's Your First Look at the Resurrected Lincoln Continental

Ford Motor Co is resurrecting the Lincoln Continental as its top-of-the line luxury sedan, betting that the classic name will help rebuild the brand’s image in the United States and China.

Ford’s Lincoln will unveil a prototype of the future Continental sedan on Monday ahead of the April 3-12 New York auto show, which will also feature many of the Continental’s future rivals, including the Cadillac CT6 sedan from General Motors Co, a new Jaguar XF sedan from Jaguar Land Rover and a bevy of super-premium models from Daimler AG’s Mercedes Benz.

Ford retired the Continental name in 2002, after over 40 years and nine generations of cars, including, most famously, the adapted convertible in which President John F. Kennedy was shot in Dallas in 1963.

Ford has long since joined its rivals in using letter and number codes for most models. But memories lived on in China, where Continentals had been the car of political leaders and celebrities. China now is the main market for premium sedans such as the Audi A6 or A8, the Mercedes S-class or the BMW 7-series.

Ford executives say they were surprised to learn that the Continental name also had legs in the U.S., where grandly-proportioned Continentals from the 1960s had prominent cameo roles in movies such as the popular “Matrix” science fiction series.

What clinched it, said Ford Chief Executive Mark Fields, was that early designs for the next large Lincoln sedan “weren’t as good as we wanted them to be.” About 18 months ago, Fields said he and other senior executives decided to call the car the Continental based on the positive research.

“Immediately, people’s eyes lit up,” Fields said. The show car debuts a new look for Lincoln, with a grille and stance that lean more toward Jaguar or Maserati than Cadillac or BMW.

When it launches next year, the production Continental will be the latest salvo in a $2.5 billion renovation of Lincoln. In the U.S., the brand lags well behind BMW, Mercedes, Audi, Cadillac and Lexus. Lincoln’s U.S. sales are up 1.2% for the first two months of 2015, lagging the 9.2% increase in the overall market.

Ford is in the early stages of relaunching Lincoln in China, with 11 dealerships and 25 planned by the end of 2015. Ford has not announced plans to build Lincoln vehicles there. GM says it plans to build the CT6 in China and at its factory in Hamtramck, Michigan.

This article originally appeared on Fortune.com and includes information from Reuters. 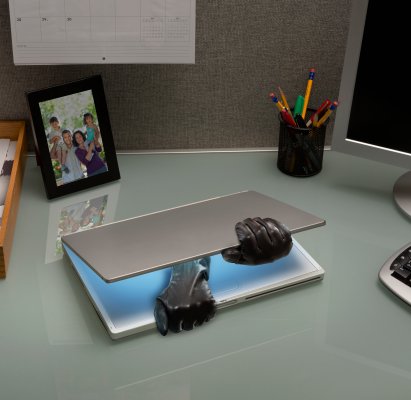 5 Networking Mistakes That Keep You From Getting Ahead
Next Up: Editor's Pick