A herd of longhorn cattle stand as wildfire rages near on September 1, 2011 in Graford, Texas
Tom Pennington—Getty Images
By Kevin McSpadden

A new study says the DNA from antibiotic-resistant bacteria found in American cattle yards has become airborne, creating a new pathway by which such bacteria can potentially spread to humans and hinder treatment of life-threatening infections.

Researchers gathered airborne particulate matter (PM) from around 10 commercial cattle yards within a 200 mile radius of Lubbock, Texas over a period of six-months. They found the air downwind of the yards contained antibiotics, bacteria and a “significantly greater” number of microbial communities containing antibiotic-resistant genes. That’s according to the study to be published in next month’s issue of Environmental Health Perspectives.

“To our knowledge, this study is among the first to detect and quantify antibiotics and antibiotic resistance genes…associated with airborne PM emitted from beef cattle feed yards,” said the authors, who are researchers in environmental toxicology at Texas Tech University and at a testing lab in Lubbock.

Co-author Phil Smith told the Texas Tribune that the bacteria could be active for a long time and “could be traveling for long distances.”

His colleague, molecular biologist Greg Mayer, told the paper that some of the study’s findings “made me not want to breathe.”

Because antibodies are poorly absorbed by cows they are released into the environment through excretion. Once in the environment, bacteria will undergo natural selection and genes that have acquired natural immunities will survive.

The genes that have gone airborne are contained in dried fecal matter that has become dust and gets picked up by winds as they whip through the stockyards.

The Texas Tribune reported that representatives from the Texas cattle industry (estimated to control around 14 million beef cows) criticized the study, saying it portrayed the airborne bacteria as overly hazardous to human health.

But the mass of PM2.5 particles (the kind that can be inhaled into lungs) released into the atmosphere is eye opening, with the study estimating the total amount released by cattle yards in Colorado, Kansas, Nebraska, Oklahoma and Texas exceeds 46,000 lbs.(21,000 kg) per day.

Antibiotic-resistant bacterial DNA is already known to be transferable to humans if ingested via water or meat. 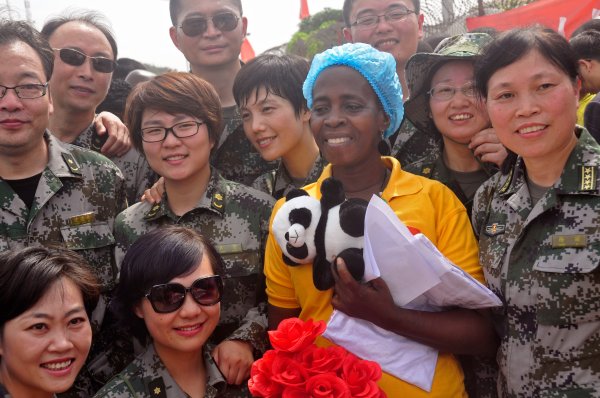 What Ebola Taught the World One Year Later
Next Up: Editor's Pick