Twenty-two years after the first dinosaur park ended in disaster in Jurassic Park, the creators thought it would be a good idea to build a fully functional dinosaur theme park complete with dino-attractions and trained Raptors. But after 10 years of success, numbers are falling as tourists become increasingly desensitized to seeing these once long-extinct beasts.

So to add a bit of spice to the park, the scientists create a new breed of dinosaur named Indominus Rex, who, as we learn from this trailer, eats her own sibling before wreaking absolute terror on the unsuspecting guests.

We don’t learn a whole lot more from the trailer, but it may just be enough to whet our appetites until June 12, when Jurassic World hits theaters. 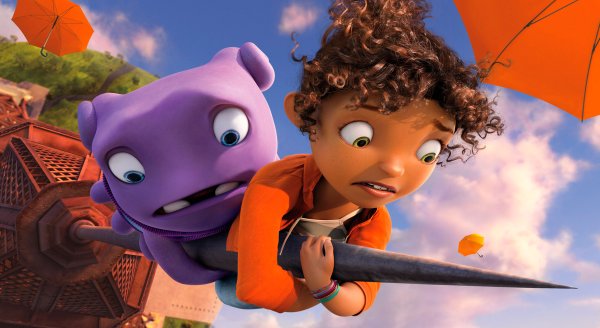 Home Proves Stronger Than Get Hard at Weekend Box Office
Next Up: Editor's Pick