Emperor penguins on an ice edge in Antarctica.
Getty Images
By Eliana Dockterman

You may want to consider balmy Antarctica for your next Spring Break. Weather bloggers at Weather Underground report that the continent likely hit a record-breaking high of 63.5 F (17.5 C) on Tuesday.

Antarctica has been heating up in recent years, thanks to global warming. The region’s temperature has risen an average of about 5 F (2.8 C) in the last half century, according to the British Antarctic Survey. Studies have also documented melting ice along Antarctica’s coasts.

Tuesday’s record is all the more impressive considering that it was set just one day after Antarctica had reached a new high of 63.3 F (17.4 C) on Monday. Prior to those two record-setting days, the hottest the continent had ever gotten was 62.8 F (17.1 C) on April 24, 1961.

But the record is not yet official. The reading was logged on the northern tip of the Antarctic Peninsula, which may not be considered part of the continent in weather record keeping. The World Meteorological Organization is expected to examine whether the area was indeed in Antarctica or whether it is technically located in Argentina.

Read Next: The Antarctic’s Floating Ice Shelves Are Melting At an Alarming Rate 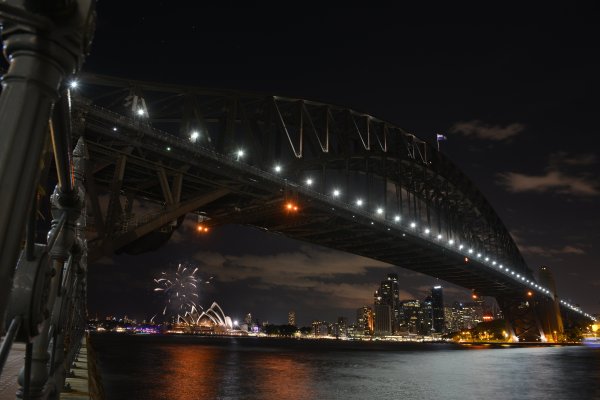 Lights Go Out as World Observes Earth Hour
Next Up: Editor's Pick