Ryan Reynolds has pushed hard for a Deadpool spinoff movie from the X-Men franchise, and now that he has it, he’s celebrating in style. The actor spoofed Burt Reynolds in the first picture of Deadpool released by Fox, posing on a bearskin rug in front of a fire. Reynolds tweeted the picture for comparison, along with a disclaimer:

Reynolds has been talking about making a Deadpool movie since 2005. “I would love to play that role,” Reynolds said at the time during a convention. “The merc[enary] with a mouth … it’s like that’s the reason I stepped out of my mother, to play that role. So someday. Hopefully.”

The character, who has super healing abilities and thus is very difficult to kill, last appeared in X-Men Origins: Wolverine, a box office disappointment compared to other entries in the franchise. But fans responded positively to leaked test footage of Reynolds playing Deadpool, likely convincing Fox to give the project the green light.

Reynolds is currently filming in Vancouver. Deadpool is set to hit theaters in February 2016. 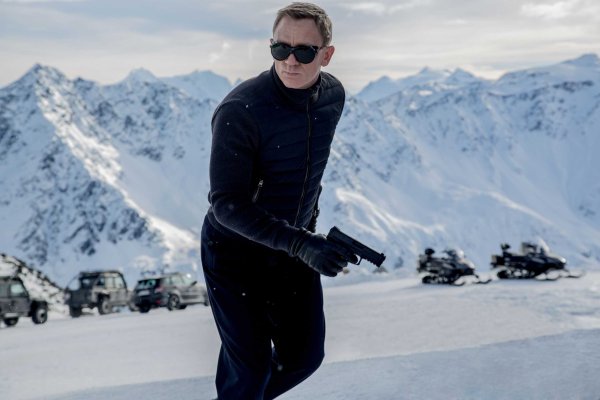 Watch James Bond Return in the First Spectre Trailer
Next Up: Editor's Pick