The Pope's Silversmith is Creating an All-American Chalice

Argentinian silversmith Adrián Pallaros and Pope Francis pose with international soccer players at the Vatican on Sept. 2014 prior to an inter-religious "match for peace" soccer game that was played at Rome's Olympic Stadium.
Vincenzo Pinto—AFP/Getty Images
By Elizabeth Dias

An Argentinian silversmith is in New York City this week drumming up support for an unusual project: a silver communion chalice for the pope’s upcoming trip to the United States.

A seventh-generation silversmith who has known Pope Francis for more than a decade, Adrián Pallarols intends to make the chalice by melting down silver jewelry—”an earring, a little ring you don’t use,” anything with silver in it—donated by Americans from across the country.

Pallarols, 43, says Pope Francis would use the chalice during a mass when he visits New York City in September. Neither the Vatican nor the Archdiocese of New York has yet confirmed where that might be held. With a design featuring a map of the United States in the center of the handle plus the donated metals, the symbolism would be rich, Pallaros argues.

“Everybody, the whole country, will be in the prayers of Pope Francis here in New York when he lifts the chalice in the consecration,” Pallarols says. “Everybody can be in his hands for the prayers.”

Pallarols presented the idea for the chalice to Pope Francis in a private audience last month. He says any extra silver will be sold and the proceeds donated to Pope Francis’ efforts with the poor in the United States.

His family began handcrafting and designing silver in the 1750s in Barcelona, and they continued when they moved to Argentina in 1804. In recent years, the family’s clients have included Bill Clinton, Nelson Mandela, and Frank Sinatra, according to Vatican News.

When Pope Francis was still Cardinal Jorge Bergoglio, archbishop of Buenos Aires, he married Pallarols and his wife, and later he baptized their daughter. The Cardinal would stop by Pallaros’ workshop, Pallarols recalls, and chat about art and music. The Pallarols family crafted the chalice that Cardinal Bergoglio presented to Pope Benedict XVI in 2005, and after Bergoglio was named Pope, they crafted the personal chalice that Pope Francis uses for masses at his Vatican residence at Santa Marta, as well as various other projects.

Pallarols says the idea for the chalice came when he was approached for a paid assignment to create a cup for the pope’s New York visit. He recalled how then-Cardinal Bergoglio would often bring him gifts of silver he had received to sell and use the proceeds to buy food, clothes and blankets for the poor.

That’s a philosophy Pallarols wanted to bring to bear on this effort. Not only can thousands of Americans contribute a meaningful memento from their own life stories to the chalice, but the poor would also benefit from the overflowing of contributions.

“When you have a lot of money, you have chances to get a special place, because you can give a lot of money,” says Pallarols. “But in this way, having a little part of each person who will send a bit of silver, they can feel they can participate and they can see this piece of silver will get to the hands of Pope Francis.”

The project is still in the early stages, and Pallarols still has a lot of work ahead for it all to work. He aims to finalize the details during his trip to New York this week, and he is working to arrange the banking and donation details to meet Internal Revenue Service requirements and recruit corporate sponsors to help receive and mail the silver from around the country to one central location.

He plans to melt the silver pieces in New York into an ingot to transport to Buenos Aires to craft it into the chalice at his workshop. Pallaros says he can craft the chalice in one to two months, but he needs to have all the metal by June in order to finish the project by September.

“My biggest concern is not the constructing, it is the raising of the metal and participation of the people,” he says. 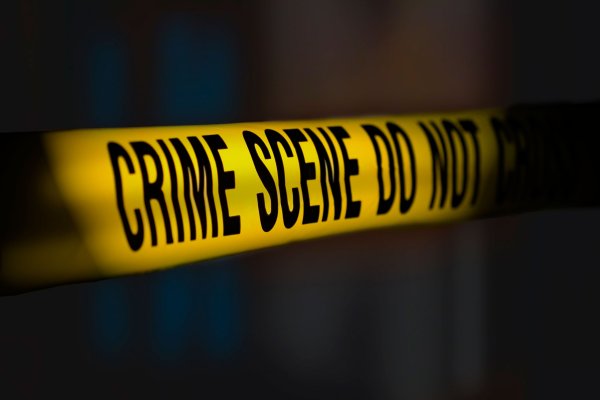