Who knew that the Teletubbies in black and white would look like a shot from an Ingmar Bergman-directed horror film?

A grainy black-and-white image of the Teletubbies, those lovable, huggable children’s television characters, has been circulating the Internet for a few days. While many Twitter users have noted that the image of the huggable furries devoid of their technicolor hue is strangely haunting, verging on horrifying, others commented that the photo looked like a still from the Anton Corbijn-directed music video for “Atmosphere” by post-punkers, Joy Division.

YouTube user Christopher Brown latched on to that idea and ran with it. He took footage of the fuzzy little tubbies, stripped out the color, and soon enough Tinky-Winky, Dipsy, Laa Laa and Po were frolicking through a bleak post-apocalyptic wasteland. Add in the downbeat Joy Division soundtrack, and the result is a wildly weird, strangely avant-garde, creepy video that feels equal part Bergman, David Lynch, and Disney cosplay. Clearly it’s a must-see.

If Joy Division isn’t your cup of tea, someone also made an Aphex Twin version. 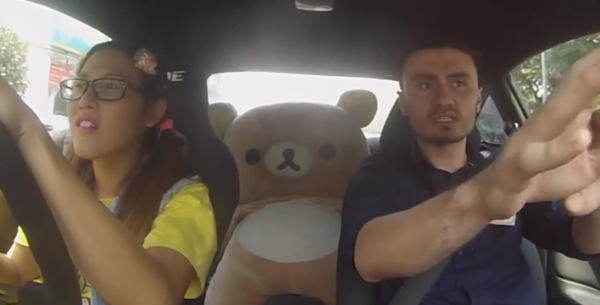 Watch Driving Instructors Get Pranked by a Pro Racer
Next Up: Editor's Pick