By announcing early that he will not run for reelection next fall, Senate Minority Leader Harry Reid has freed up party resources that might have been spent on what would have been a tough race for other elections — a major reason behind his early decision, as he told the New York Times. That kind of planning ahead is not unusual for the minority leader.

Reid’s personal background might not peg him as a super planner: as TIME explained in a 2004 profile, he was once an amateur boxer, the son of “a hard-drinking gold miner.” (His mother’s pay came from taking in laundry from brothels.) But he devoted himself to finding stability, including through a conversion to Mormonism, and ended up the kind of person who famously carries around notecards on which to record every promise he makes, with the idea that he’ll later be able to record when he fulfills them.

One of the best illustrations of that forward-looking nature was explained in that same 2004 article, in which TIME’s Douglas Waller laid out how the Senator prepared for a filibuster:

One thing he can’t plan, of course, is the one thing that many Washington-watchers will wonder most: who will take his place as the leader of the Senate Democrats.

Read the full 2004 story, here in the TIME archives: Herding the Democrats 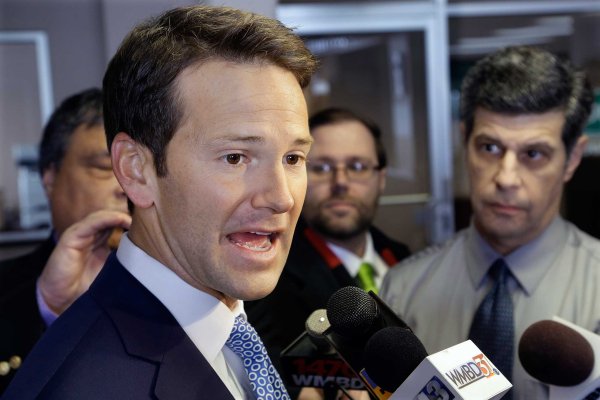 Aaron Schock and Downton Abbey Said Farewell at the Same Time
Next Up: Editor's Pick