A picture taken on May 2, 2014 shows, amidst desert sand, a film set where numerous Star Wars scenes were filmed in Ong Jmel, in southern Tunisia.
Fethi Belaid—AFP/Getty Images
By Sarah Begley

Tourism officials in Tunisia say that landmarks made famous in the original Star Wars movie are safe from Islamic State of Iraq and Greater Syria (ISIS) militants, despite reports that the town of Tataouine was a “way-station” for ISIS.

The initial report by CNN was “without foundation,” Mohammed Sayem of the Tunisian tourism commission told the AP. The town, known as Luke Skywalker’s home planet of “Tatooine” in Star Wars, is actually hundreds of miles away from the primary film shooting locations near Tozeur.

Col. Mokhtar Hammami of the National Guard said the area is being patrolled by 1,500 men and that “all is normal, in fact we’ve seen a big influx of foreign tourists and Tunisians.”

The Wrap reports that the desert scenes for the next film, Star Wars: Episode VII – The Force Awakens, were filmed in Abu Dhabi last year. 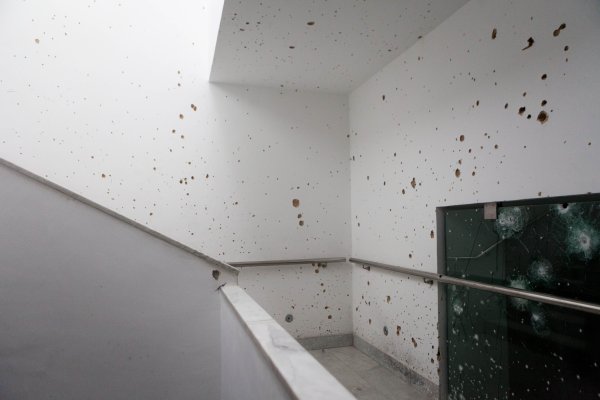 Watch the Moments Before the Tunisia Museum Attack
Next Up: Editor's Pick