Periscope vs. Meerkat: Which Is the Livestreaming App For You?

With Thursday’s public release of Periscope, Twitter is trying to torpedo its live-streaming competition by launching its own app that lets users send video to viewers around the world at the tap of a touchscreen. In development for more than a year but bought by Twitter earlier this year, Periscope offers a nearly identical service to Meerkat, the wildly popular ephemeral video app that launched on Feb. 27.

But in this battle for live-streaming dominance, Twitter and Periscope currently have a huge advantage: it owns both the seas and the ports.

Opening into similar screens displaying active video streams, both Meerkat and Periscope put a peek into someone else’s world just a tap away. The competing apps also let users quickly dive into broadcasting immediately, with buttons on their main screens that the launch the camera and begin sharing video with the world instantly. And while these basic capabilities are nearly identical, the two apps have nuances that make them markedly different.

For instance, Meerkat works in a couple of different ways. First, the service’s iPhone app (neither it nor Periscope have an Android app yet) sends a tweet through your Twitter account that tells people you’re currently broadcasting a live video. When other Twitter users click that link, they can watch the video as it’s being broadcast, either through their web browser (if they’re on a desktop or laptop) or through the Meerkat app on their iPhone. Viewers can also comment on the video, posts that stream onto the screen of the broadcaster, and also appear as replies to the original tweeted link on Twitter.

As easy to use as Meerkat is, it’s also almost completely reliant on Twitter integration to operate. And since Twitter decided to get into the water with its own livestreaming app, the social network has blocked Meerkat’s access to some of the features that other (non-competing) apps have. For instance, Twitter no longer lets Meerkat show new users which of their Twitter followers also use the video sharing service. (Early adopters, take note: You may see your Twitter followers on Meerkat, but that’s because you got in before the social network turned off this feature.)

Meerkat has done a good job of working around this roadblock through its Leaderboard, a ranking of the most-followed Meerkaters. This gives new users some ideas of whom to follow if they don’t happen to catch any of their Twitter favorites mid-stream.

Meanwhile, Periscope also streams videos to web browsers on computers and its iPhone app for mobile users, who can tap on their screen to send “love” hearts that tell the broadcaster they like what they see. Viewers can also comment on the stream using the mobile app, but these posts do not appear on Twitter, keeping the video sharing service walled-off from the social network, and cutting down on tweets. Even through Twitter is all about the tweets, this is a smart move because it cuts down on the social network’s noise — a problem the company is trying to address.

With access to Twitter’s social network, Periscope gains a notable advantage over Meerkat because its users can intuitively find their followers on the video-sharing app. For example, if you and a follower both use Periscope, you’ll be able to find each other on the app’s “People” tab. And to compete with Meerkat’s Leaderboard, Periscope also lists its “most loved” users. This distinct difference turns Periscope from a popularity contest into a talent show, rewarding users for posting great video streams, rather than being big personalities.

Another key differentiator for Periscope is how it saves live streams so viewers can watch them later. (And it’s worth noting, this feature can be turned off.) Similar to Twitter’s Vine service (only with no six-second limit), this feature makes it a lot easier for people to enjoy videos on Periscope, because they aren’t up against the clock. But this difference also turns Meerkat into the catch-it-if-you-can exclusive service, indicative of its name. (Those little critters move fast!) Also, users can save Meerkat streams to their smartphones, an option Periscope does not yet allow.

It’s possible that these nuances will be enough to show there’s plenty of room in the water for two video sharing apps. In fact, some investors are betting on that — Meerkat just confirmed a $14 million funding round. And with its one month head start, Meerkat has grabbed high-wattage users like Jimmy Fallon, Shaquile O’Neal, and Madonna. But Twitter never lacks in celebrity firepower, with fan-favorites like comedian John Hodgman, magician David Blaine, and actress Felicia Day already grabbing hearts and eyeballs on Periscope. The competition for users, both high- and low-profile, is not likely to stop there, just as live video streaming is likely to be a fixture in tech’s future. The question is, can Meerkat swim?

Read next: You Asked: What Is the Meerkat App? 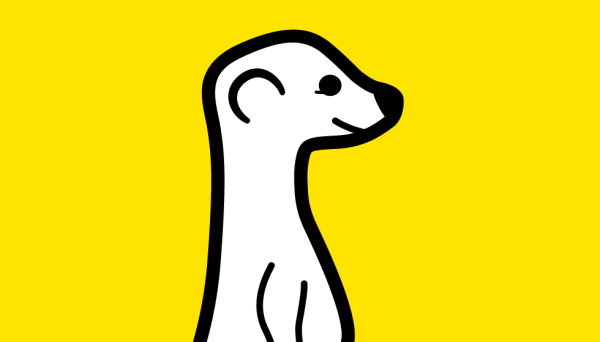 You Asked: What Is the Meerkat App?
Next Up: Editor's Pick