He left no suicide note behind. But when police raided the home of Andreas Lubitz, the co-pilot accused of purposely crashing Germanwings Flight 9525 into the French Alps on Tuesday, the officers did find evidence that he suffered from a mental illness, which he may have been hiding from his employers before allegedly taking the lives of 149 passengers and crew along with his own life.

Papers found at his home “support the current preliminary assessment that the deceased hid his illness from his employer and colleagues,” German prosecutors from the city of Düsseldorf said in a statement on Friday. Among the evidence found at Lubitz apartment was a sick note for the day of the crash that had been torn up, the statement said. Seized medical documents suggest “an existing illness and appropriate medical treatment.”

The Wall Street Journal also reported on Friday, citing a source close to the investigation, that Lubitz was being treated for depression by a psychiatrist who had excused him from work on the day of the crash.

German authorities also confirmed on Friday that Lubitz’s medical certificate with the federal aviation agency was marked with the code “SIC,” indicating that he was obligated to undergo regular medical check-ups. A spokesman for the agency could not say whether the illness was physical or psychological in nature, as that information remains confidential, the Wall Street Journal reported.

Police have denied earlier reports that any significant clue had yet been found as to the co-pilot’s reasoning. “The items need to be evaluated to determine whether they can give any indication of a possible motive,” police spokesman Markus Niesczery told the New York Times. Another police spokesman, Marcel Fiebig, told France’s AFP news agency that investigators had found no “smoking gun” at the co-pilot’s home.

Part of the focus of the investigation has turned to a break Lubitz took in his pilot’s training six years ago, possibly for reasons of mental illness or psychological fatigue. During a press conference on Thursday, the head of Lufthansa, the parent company of Germanwings, said that such a hiatus is not unusual for pilots in training. “He took a several months break for reasons I do not know,” said the chief executive of Lufthansa, Carsten Spohr. “Then he had to do the test again,” he added.

After he completed part of his training in Phoenix, Arizona, the U.S. Federal Aviation Administration gave Lubitz a third-class medical certificate, the Associated Press reported. That document requires a pilot to demonstrate that he has no signs of psychosis, bipolar disorder and personality disorder “that is severe enough to have repeatedly manifested itself by overt acts.”

Early in his pilot’s training, Lubitz underwent psychiatric treatment for a total of 18 months, Germany’s Bild newspaper reported on Friday. Citing internal Lufthansa documents and sources, the paper claimed that the co-pilot was briefly deemed “unable to fly” while training in Phoenix, and that he had recently been suffering from a relationship crisis with his girlfriend.

At the press conference on Thursday, the Lufthansa chief said that Lubitz had passed all of the tests, including physical and psychological examinations, and was deemed fit to fly as a co-pilot for Germanwings in 2013. “He passed not only every medical test but every flight test,” Spohr said. “He was 100% flightworthy, without a single restriction.”

But acquaintances have told reporters since the crash that Lubitz had suffered from bouts of depression during his training. “Apparently he had a burnout, a depression,” the mother of Lubitz’ friend from school told Germany’s FAZ newspaper on Thursday, declining to give her name.

Other friends of the pilot, however, insisted that Lubitz seemed perfectly normal though at times somewhat quiet. “He was happy he had the job with Germanwings and he was doing well,” said Peter Ruecker, a friend from the local flying club in Lubitz’s hometown of Montabaur, in western Germany. “He gave off a good feeling.” 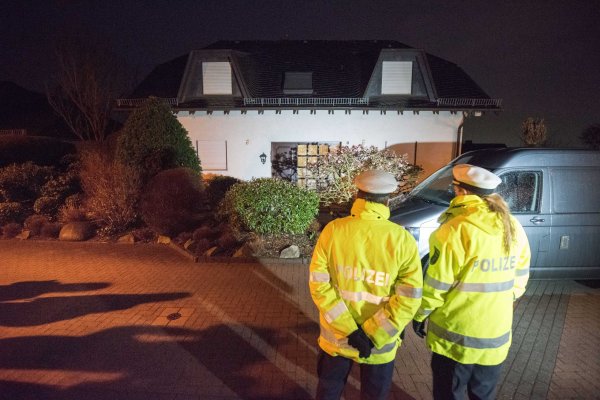 What We Know About the Germanwings Co-Pilot
Next Up: Editor's Pick