A family of refugees who fled their homes because of violence from the militant group Boko Haram sit inside a refugee camp in Minawao, Cameroon, on Feb. 25, 2015
Edwin Kindzeka Moki—AP
By Sabrina Toppa

The surge in violence and cross-border attacks by Nigerian Islamist militants Boko Haram has doubled the number of civilians in Cameroon displaced by the conflict, with some 117,000 people from northern Cameroon fleeing their homes in March alone, according to a U.N. survey.

Boko Haram, which has waged an insurgency in northern Nigeria since 2009, has killed 6,400 and carried out 337 attacks since January 2014, according to the U.N. Recently, the group has been launching cross-border attacks into Niger, Chad and Cameroon.

“The northern part of Cameroon was already under severe strain due to deteriorating climate conditions over the last three years. The growing insecurity has further exacerbated that situation,” U.N. Sahel coordinator Robert Piper told the Thomson Reuters Foundation. 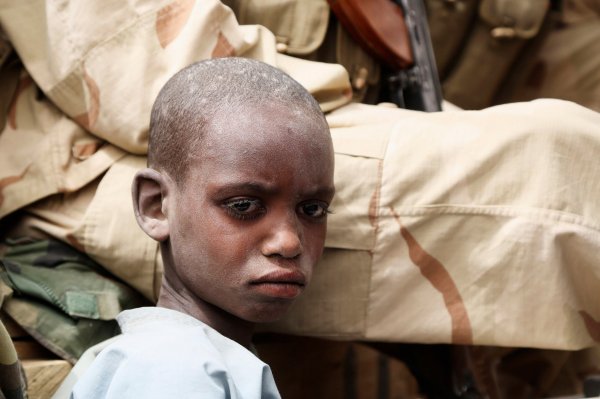 Kids Rescued From Boko Haram Don't Know Own Names
Next Up: Editor's Pick