Craig T. Nelson at the "Get Hard" Premiere at the TCL Chinese Theater on March 25, 2015 in Los Angeles.
Jenna Blake—Corbis
By James Hibberd / Entertainment Weekly

NBC is putting Coach back in the game.

We’re told this not a reboot, but a sequel to the comedy series that ran for nine seasons on ABC from 1989 to 1997.

The pitch: “Coach Hayden Fox, in the present day, has retired from coaching. He is called back to become assistant coach to his own grown son, who is the new head coach at an Ivy league school in Pennsylvania that is just starting up a new team.”

NBC has ordered 13 episodes, which will be shot in the traditional “multi-cam” sitcom production style. There’s no other cast yet, so it’s unclear if any of the other actors from the original series will return. Barry Kemp, the original creator of Coach, will write and executive produce.

The move keeps Nelson in the NBC family now that Parenthood is coming to a close and represents the latest move by a TV network to dive into the recycling bin for buzzworthy content – like how NBC is reviving Heroes with Heroes Reborn, Showtime is bringing back Twin Peaks and Fox is re-opening The X-Files. In this case, while Coach used to air on ABC, the show is owned by NBC sister studio Universal Television.

NBC has demonstrated more rating strength in recent years thanks to The Blacklist and The Voice. But the network has struggled – like most – to find new break-out comedies. Other attempts at yesteryear sitcom nostalgia, such as titles starring Michael J. Fox (The Michael J. Fox Show) and Sean Hayes (Sean Saves the World), didn’t work out. But perhaps viewers will take a time out for Coach? 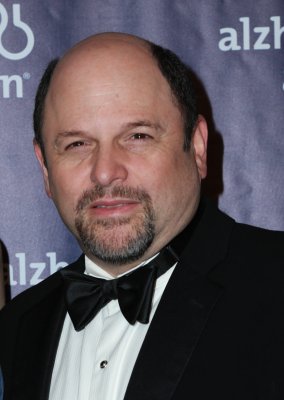 Jason Alexander to Replace Larry David in Broadway's Fish in the Dark
Next Up: Editor's Pick