Finance Is to Blame for Rise in Inequality

Economists, policy wonks, and politicians of both persuasions agree that middle class income stagnation, and the inequality that it causes, is the principal economic challenge for the nation. U.S. inequality has been on the rise for more than 30 years, and the Organization for Economic Cooperation and Development estimates that it has reduced U.S. economic growth more than even the financial crash. This cost is still accruing.

There are vast differences in views of inequality’s causes. At one end of the spectrum, conservatives believe that the “makers” create a “rising tide” that lifts all boats. Mainstream progressives take a middle view, believing that individuals fail to take advantage of capitalism’s opportunities because they are insufficiently educated or suffer from debilitating disadvantages.

There is one major problem with these beliefs: They are both inconsistent with the facts.

A third rationale for America’s growing inequality, most recently espoused by Paul Krugman and even Larry Summers, holds that inequality is growing because the increased wealth of the wealthiest (the makers) no longer grows income opportunities for everyone else. It may actually diminish them. And training people without remedying this problem means that they would compete for a finite set of skilled jobs, driving down potential income. This third rationale means that we are moving toward a zero-sum economy in which increasing wealth diminishes the prospects of the vast majority of households.

Redistribution is one solution. But without changing the structures causing inequality to grow, redistribution would also have to grow to keep up. Alternatively, the government could make structural changes that root out the causes of inequality. Economist Thomas Piketty achieved rock-star status by asserting in his blockbuster tome, Capital in the 21st Century, that growing inequality of wealth is an inevitable consequence of capitalism. If his fatalistic world-view is correct, structural changes that merely adjust the dynamics of capitalism as it exists in this country could never reverse the tide of growing inequality.

New research, however, finds that Piketty mistakenly ignored the financial system, a core structural driver of inequality. Fully consistent with capitalism, inequality can be addressed by altering the middleman’s role in capital flows. This is very different from the legal reforms implemented to guard against another crash like the one 2008. These structural changes could limit what finance does.

Finance serves an all-important role in capitalism as the middleman, allocating capital between holders of accumulated wealth and productive enterprises, governments, and households in need of investment. Thirty-five years ago, banking was boring, simply taking deposits and making loans. Then it broke free, as trading and derivatives markets became the dominant mechanisms to allocate capital. Finance became an independent engine of growth (and bonanza for bankers), no longer a service business for other businesses.

There is growing evidence that in developed and financially sophisticated economies, too much finance can actually hold back healthy, productive growth. Growing finance beyond the size needed to serve business and government is clearly a terrible use of the economy’s resources in terms of jobs and middle-class income. Research now shows that it actually does harm.

How? The most important reason is the ubiquitous trading culture — in which the financial firms hold enormous influence — which dominates both the investors and the companies seeking investment. Trading culture deters companies from investments that take time to pay returns, instead watching for opportunities for profit that can be generated in the current fiscal quarter. (We call this “short-termism.”) Investment in research and development, or in a new factory, increases assets. But, obviously, profits come later, after the investment is commercialized. By the time the return is realized, shareholders operating in the trading culture would be off to another investment that yielded higher current stock prices.

Over 35 years, real growth that serves the vast majority of Americans by providing stable and well-paying jobs has been stifled. Today’s income from labor is simply not what it once was. The labor wage share of the economy has shrunk, reflecting the retreat of middle and lower income households. At the same time, investment income’s share, almost exclusively earned by the wealthy, has increased.

It comes down to a simple observation: America’s system to allocate capital investment is rigged against investment in enterprises that provide jobs to generate good income for the vast majority of households. Many forces conspire to burden working Americans, but this is one that the political system can fix. And fixing it will go a long way toward reversing the inequality tide. 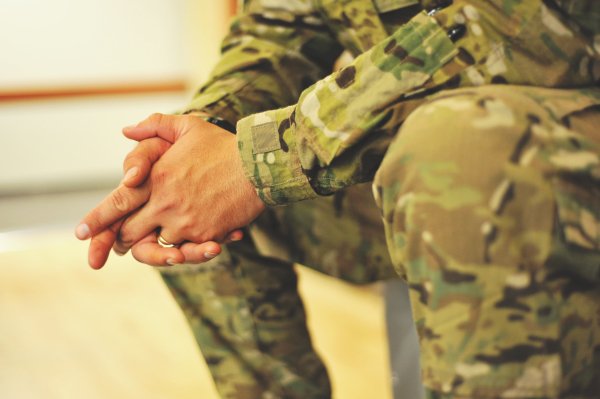 Bridging the Civilian-Military Divide With Stories
Next Up: Editor's Pick