Shi‘ite Militias Reportedly Back Out of Iraq Campaign After U.S. Air Strikes

Three key Shi‘ite militias pulled out of the Iraqi assault on the Islamist-held city of Tikrit in protest of U.S. air strikes supporting the campaign, according to a new report.

The New York Times reports that the militia groups, representing a third of the 30,000 government-led forces, are withdrawing from the front lines. The leader of the largest militia group in the battle, the Badr Organization, told the Times that he was also considering pulling out.

U.S. warplanes had sat out the weeks-long assault to retake the city held by the Islamic State of Iraq and Greater Syria (ISIS) amid concerns that the U.S. would find itself fighting alongside the Iranian-backed militias. But the Pentagon reversed course on Wednesday, after receiving assurances that the Shi‘ite militias would step back from the operation according to one top U.S. general.

The U.S. participation in the Tikrit campaign added a new layer to its convoluted relationship with rival Iran, and it came as the U.S. expressed support for the Saudi Arabian–led campaign to intervene in Yemen against Iranian-backed rebels.

Read next: Why the U.S. Is Fighting Besides Iran in Iraq and Against It in Yemen 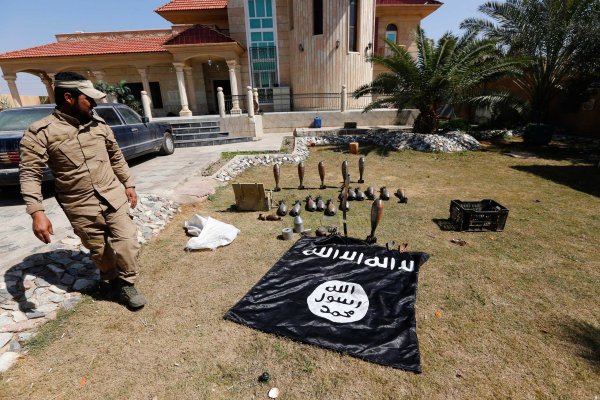 ISIS Digs Heels Into Tikrit as Iraq Offensive Slows
Next Up: Editor's Pick