Van Jones likes to call his Republican buddies “brother.” As in Brother Mark (Holden, the general counsel at Koch Industries), or Brother Matt (Kibbe, the CEO of the conservative group FreedomWorks). Jones, a Democratic activist and former Obama adviser, beamed as he strolled the halls of a cavernous Washington hotel Thursday, clasping shoulders and squeezing hands with one unlikely conservative ally after the next. And Jones wasn’t the only one basking in the warm vibes of bipartisanship.

If you mistakenly wandered into the Bipartisan Summit on Criminal Justice Reform, you might have thought you had fallen into an alternate universe. Scores of liberal and conservative activists, policy wonks and lawmakers gathered for an all-day conference that seemed to defy all the old saws about Washington gridlock. Former GOP House Speaker Newt Gingrich lauded Democratic Senator Cory Booker, who volleyed back praise for his Republican partners. Even Attorney General Eric Holder drew warm applause in a ballroom dotted with conservatives.

But as unusual as that may be in Washington, it’s becoming a routine sight when it comes to criminal justice reform. In recent months, a growing bipartisan alliance has formed around the need to change a prison system that critics say is broken and bloated. Thursday’s crowd was the clearest sign yet of the coalition’s breadth. “When you have an idea whose time has come,” said Jones, one of the hosts of the summit, “it winds up being an unstoppable force.”

Maybe. But it’s never easy in Washington to channel a cause into actual change. A show of force is not a strategy. Despite general agreement about the problems riddling the justice system, it remains unclear how a collection of interest groups with divergent ideologies can marshal their money and organizing muscle to move bills through a fractious Congress—all before the 2016 presidential election puts the legislative process on pause.

The good news is the array of powerful figures who have united behind the idea. Activists and policy groups on the left (such as the Center for American Progress and the American Civil Liberties Union) are working with traditional foes on the right (such as the Kochs, the American Conservative Union and Right on Crime) as well as nonpartisan groups like Families Against Mandatory Minimums. In Congress, the cadre of lawmakers who have teamed up on criminal-justice reform legislation run the ideological gamut, from Democratic Senators Booker, Pat Leahy and Sheldon Whitehouse to Republicans counterparts Rand Paul, Mike Lee, Rob Portman and John Cornyn.

The unlikely alliances have formed in part because the problem is so obvious. The percentage of incarcerated Americans has ballooned 500% over the past three decades; the nation’s prison population, at 2.2 million people, surpasses that of any other developed nation. The one-in-three Americans with a criminal record struggle to reintegrate into society because of restrictions on housing, voting and employment—which in turn promotes recidivism. Liberals deplore a system that disproportionately punishes minorities and the poor for petty crimes, while many conservatives have long been appalled by the moral and fiscal issues associated with the soaring U.S. incarceration rate.

Whether the legislative branch has the ability to tackle these sprawling issues remains an open question. “The way Congress moves is at a glacial pace,” said Booker, a freshman Senator from New Jersey. “This is not going to change unless we push and fight and work together.”

A big part of the battle is figuring out the best place to start. In the Senate, one option is a bill sponsored by Whitehouse and Cornyn, the chamber’s No. 2 Republican, which is designed to reduce recidivism and help nonviolent prisoners transition back into society after serving time. An earlier version of the bill sailed through the Senate Judiciary Committee in 2014 with the support of Iowa Senator Chuck Grassley, who now serves as the committee’s chairman. As chairman, Grassley’s support for the legislation is crucial. His reticence to reforming mandatory minimum sentencing is one reason why the Cornyn-Whitehouse bill is thought to have a better chance of success than a popular mandatory-minimum bill sponsored by Booker, Paul and others.

Grassley’s counterpart in the House, Judiciary Chairman Bob Goodlatte of Virginia, is another Republican steeped in the tough-on-crime ethos that long reigned in the party. But the House GOP has a host of respected leaders who are on board with criminal justice reforms, from Ways and Means Committee chairman Paul Ryan to fellow Wisconsin conservative Jim Sensenbrenner, who advocates identify as a key player in any deal to get a bill through the House.

Gingrich, a co-host of Thursday’s summit, said the key would be to gather support in the Senate first. “If you build a big enough bipartisan majority in the Senate, it’s going to pass,” said Gingrich, who argued that as a cause, criminal justice had little in common with comprehensive immigration-reform, another recent bipartisan issue with plenty of hype and heavy hitters behind it, but which ultimately stalled in Congress.

Unlike immigration reform, “there’s no massive opposition to rethinking how we’ve been incarcerating people,” Gingrich argued, predicting that each 2016 Republican presidential contender would support some form of justice reform. “There’s a much, much bigger consensus.”

There’s also an urgency to capitalize before presidential politics grinds the legislative machinery of the capital to a halt. On a panel Thursday morning, Democratic commentator Donna Brazile predicted a comprehensive criminal justice bill could pass by the end of the year. “I think we’ve got to get it done in 2015,” said Kibbe of the Tea Party-aligned group FreedomWorks, “before we get back in our corners and start fighting again.”

Correction: The original version of this story identified Families Against Mandatory Minimums as a left-leaning group. It is nonpartisan. 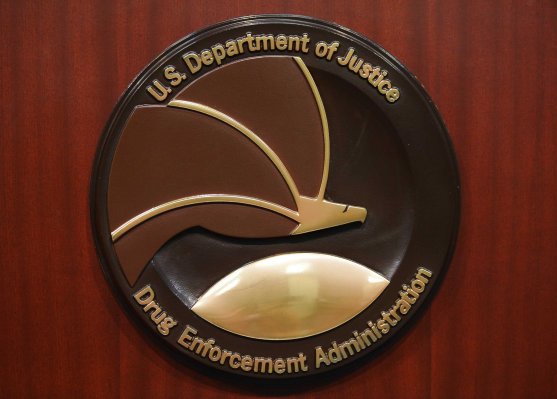