Barack Obama's tweets on Nov. 7, 2012 after his re-election as US president.
Lionel Bonaventure—AFP/Getty Images
Ideas
By Scott Goodstein

For much of our nation’s history, there have been insiders who aimed to quash competition within political parties. Even today, far too many party elites seem to think uncontested primaries are better. However, competitive primaries force an evolution of organizing models and new technologies that benefits campaigns and the public. The lack of a vibrant primary in 2016 would put Democrats at risk of falling behind Republicans in bringing technology to bear on campaign strategy — and that would be a big loss for both Democrats and the country.

Primaries are the research-and-development stages for the nation’s political machines. It is during primaries that our politics evolve. This is true of policy as well as campaign strategy — especially online. Large organizations need deadlines to beta-test products. The Obama campaign in 2008 looked at the 50 state primaries as the best timeline to create new experiments, test them, and release finished products. Remember how well-oiled the Obama machine felt by the summer of 2008 when you couldn’t turn a corner without some form of “Hope and Change” bombarding you in a battleground state? That didn’t happen overnight!

In 2007 and 2008, Barack Obama’s stiffest competition was Hillary Clinton. Competing against Clinton — a household name, a former first lady, and a well-respected senator — as a first-termer with a name like Barack Obama was truly daunting. When you have an uphill battle, you are going to get creative, and that’s what we did. As part of his early campaign team, we had to get a new and different set of voters to the polls. We needed to find younger voters who would be motivated by Obama’s message. And for the first time in a presidential primary, that meant using social media and sending messages directly to voters’ cell phones.

Back then, social media was seen as a fun new fad that kids were playing with — not as an organizing tool. Facebook had been open to non-college students for less than a year, and MySpace was in its prime. With each tool, we were able to target different voting blocks. We used Facebook mostly for reaching college-educated people, college students, and super-local groups. On MySpace we targeted young voters, military families (it was an easy way to communicate between military members overseas and family members back home), Silicon Valley techies, the entertainment industry, and women over 35.

Over the course of the primaries, having multiple digital teams experimenting with new techniques pushed each campaign to become better and evolve more quickly. And, quite frankly, we enjoyed the challenge.

In Iowa, we experimented to see if setting up a statewide MySpace page would return new volunteers. In Nevada, we built rapid-response interactive voice hotlines and text-messaging tools that reinvented the process for dealing with election violations. In South Carolina, we launched two-way text messages on canvasses to see how we could better tether canvassers to their local headquarters. On Super Tuesday, we created separate MySpace and Facebook groups to empower Obama supporters to self-organize, kept in touch with our hard-core base on Twitter, and used the social networking tool Eventful to send surrogates to rallies and build crowds quickly. In the late primaries, we tested new ways to engage young voters by combining offline advertising and point-of-purchase display advertising with text-messaging and toll-free hotlines that provided additional information.

By the time the general election arrived, we were wielding more powerful tools with a known return on investment. We even built our own social media site (MyBO) for supporters and volunteers. All of that work during the primaries put the party in a stronger position for the general election. It also enabled Democratic firms and private-sector partners at social media sites to build more and more robust tools in the years that followed to allow candidates to engage with voters and vice versa. These advancements put Democrats at a serious advantage over the competition — and none of these advances would have been realized if not for a hotly contested primary.

So what will we be missing if the Republicans have a debated primary and the Democrats don’t? Their candidates and campaigns will get better at giving a rehearsed stump speech and answering questions at debates and fish fries. But the lost opportunities would go far beyond that.

There is no question that Republicans are catching up when it comes to putting technology to work on the campaign trail — a competitive Democratic primary would allow us to stay out in front. We can pressure-test the new advances in ad-technology and mobile marketing by experimenting in each state primary with real deadlines and real results. Can hyper-geo-fencing different messages affect turnout on an election day? Can Democratic campaigns better divide their resources between direct-mail universes, walkable precincts and geo-fenced ads in gated-communities that can’t be canvassed? Can connected TV be integrated in a campaign’s field and in fundraising efforts?

While the political results of a candidate who isn’t battle-tested are well known, the lasting effects from failing to evolve our political technology could not only put us at a disadvantage in 2016, but also put Democrats behind for years to come. 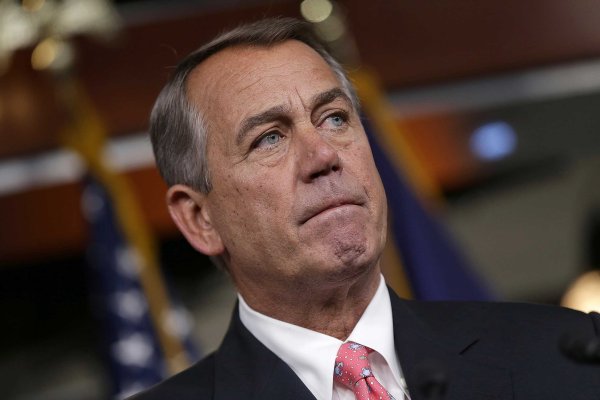